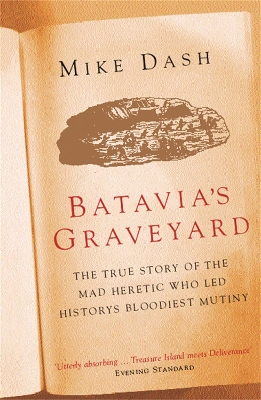 When the Dutch East Indian Batavia struck an uncharted reef off the new continent of Australia on her maiden voyage in 1629, 332 men, women and children were on board. While some headed off in a lifeboat to seek help, 250 of the survivors ended up on a tiny coral island less than half a mile long. A band of mutineers, whose motives were almost beyond comprehension, then started on a cold-blooded killing spree, leaving less than 80 people alive when the rescue boat arrived 3 months laterBatavia's Graveyard tells this strange story as a gripping narrative structured around 3 strong principal characters: Francisco Pelsaert, the cultivated but weak-willed captain; Jeronimus Cornelisz, a sinister apothecary with a terrifying personal philosophy influenced by Rosicrucianism who set himself up as the ruler of the island; and Wiebbe Hayes, the only survivor with the courage to fight Jeronimus' band. The background to these events, including the story of the Dutch East India Company, and the discovery of Australia, is richly and vividly drawn. 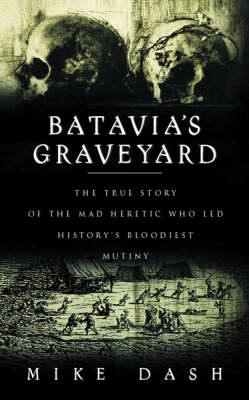 » Have you read this book? We'd like to know what you think about it - write a review about Batavia's Graveyard book by Mike Dash and you'll earn 50c in Boomerang Bucks loyalty dollars (you must be a Boomerang Books Account Holder - it's free to sign up and there are great benefits!)

Mike Dash read history at Cambridge and received his PhD from the University of London. Having worked for the Fortean Times and The Ministry of Sound, he is now setting up his own company.