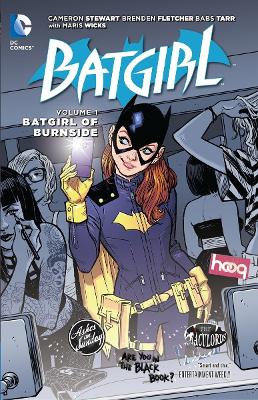 It's Batgirl as you've never seen her before! Big changes are here for Barbara Gordon as she moves across Gotham City to begin a new chapter in her ongoing fight against crime as Batgirl!

» Have you read this book? We'd like to know what you think about it - write a review about Batgirl TP Vol 01 The Batgirl Of Burnside (N52) book by Cameron Stewart and you'll earn 50c in Boomerang Bucks loyalty dollars (you must be a Boomerang Books Account Holder - it's free to sign up and there are great benefits!)

Cameron Stewart is the illustrator of BATMAN AND ROBIN, SEAGUY, SEVEN SOLDIERS- THE MANHATTAN GUARDIAN, THE OTHER SIDE, CATWOMAN and many more. He has been nominated for Shuster, Eagle, Harvey and Eisner Awards, and his original webseries Sin Titulo won the 2010 Eisner and Shuster Awards for Best Digital Comic. He is currently writing BATGIRL for DC Comics.