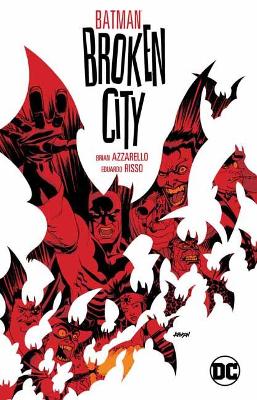 The award-winning creative team of 100 Bullets puts its stamp on The Dark Knight with their crime noir classic- Batman- Broken City now in deluxe edition format! A dead girl's body is found in a Gotham City landfill, and the discovery sends Batman on a journey that pits him against the Joker, Killer Croc and more!

While following the trail of one murder, Batman finds himself caught up in two more-a mother and a father, gunned down in the street in front of their young son.

The Dark Knight long ago hardened himself to Gotham's cruelties, but even he can't ignore the similarities between this new case and the crime that made him who he is...

» Have you read this book? We'd like to know what you think about it - write a review about Batman: Broken City New Edition book by Brian Azzarello and you'll earn 50c in Boomerang Bucks loyalty dollars (you must be a Boomerang Books Account Holder - it's free to sign up and there are great benefits!)


A Preview for this title is currently not available.
More Books By Brian Azzarello
View All