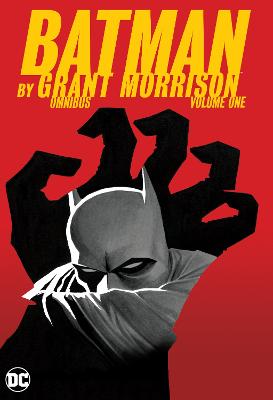 The New York Times bestselling tales of Batman by Grant Morrison are now collected in their entirety in this oversize omnibus edition!

One of the greatest storytellers of his generation, Grant Morrison's arrival in the world of the Dark Knight changed the character forever.

Now collecting the entirety of this epic saga, this first of three omnibus collections introduces Batman to his son, Damian Wayne, and takes the Caped Crusader from the brink of death to the edge of madness. These blockbuster stories, including the now-classic Batman & Son, Batman- The Black Glove and Batman R.I.P., feature a deconstruction of superhero comics like no other, with a challenging, thought-provoking take on the man behind the cowl.

» Have you read this book? We'd like to know what you think about it - write a review about Batman By Grant Morrison Omnibus Vol. 1 book by Grant Morrison and you'll earn 50c in Boomerang Bucks loyalty dollars (you must be a Boomerang Books Account Holder - it's free to sign up and there are great benefits!)

Writer Grant Morrison is known for his innovative work on comics from the graphic novel BATMAN- ARKHAM ASYLUM to acclaimed runs on ANIMAL MAN and DOOM PATROL, as well as his subversive creator-owned titles such as THE INVISIBLES, SEAGUY and WE3. Grant has also written best-selling runs on JLA, SEVEN SOLDIERS OF VICTORY and NEW X-MEN and helped to reinvent the DC Universe in THE MULTIVERSITY, ALL-STAR SUPERMAN, 52, BATMAN, BATMAN & ROBIN and BATMAN, INCORPORATED.