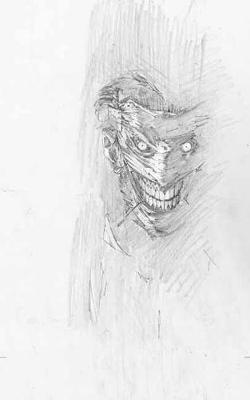 Batman Unwrapped Death Of The Family

Description - Batman Unwrapped Death Of The Family by Scott Snyder

Displayed in its orginal pencilled glory right from legendary artist Greg Capullo comes BATMAN- DEATH OF THE FAMILY UNWRAPPED. After having his face sliced off one year ago, the Joker makes his horrifying return to Gotham City! But even for a man who's committed a lifetime of murder, he's more dangerous than ever before. How can Batman protect his city and those he's closest to? It all leads back to Arkham Asylum...

» Have you read this book? We'd like to know what you think about it - write a review about Batman Unwrapped Death Of The Family book by Scott Snyder and you'll earn 50c in Boomerang Bucks loyalty dollars (you must be a Boomerang Books Account Holder - it's free to sign up and there are great benefits!)

Scott Snyder is a #1 NEW YORK TIMES best-selling writer and one of the most critically acclaimed scribes in all of comics. His works include ALL-STAR BATMAN, BATMAN, BATMAN- ETERNAL, SUPERMAN UNCHAINED, AMERICAN VAMPIRE and SWAMP THING. He has also been published in ZOETROPE, TIN HOUSE, ONE-STORY, EPOCH, SMALL SPIRAL NOTEBOOK, and other journals, and has a short story collection, VOODOO HEART, which was published by Dial Press. He teaches at Columbia University and Sarah Lawrence University and lives in New York with his wife, Jeanie, and his son, Jack Presley.