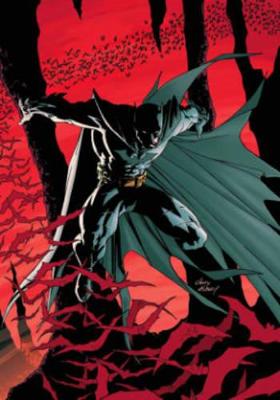 Batman receives the shock of his life when he discovers that he has a son, Damian Wayne! Trained by the League of Assassins, this offspring of Bruce Wayne and Talia al Ghul isn't just the deadliest 10-year-old in the world-he's also intensely focused on being Batman's new sidekick... no matter which Robin stands in his way.

Meanwhile, mysterious Batman imposters begin to appear on the streets of Gotham. One of these imposters begins to kill cops, working his way towards Police Commissioner Jim Gordon. But after failing in his pursuit and being captured, Batman falls into a coma and his mind flashes back to a defining adventure in the life of a young Bruce Wayne... the hunt for his parents' killer!

Considered two of the most memorable and defining stories in creative powerhouse author Grant Morrison's celebrated run on the Dark Knight, Batman- Batman and Son is a tour de force of graphic storytelling. Featuring art from two of the industry's most transcendent stars, Andy Kubert (Flashpoint) and J.H. Williams III (Batwoman), the ripple effects of this graphic novel are still felt in DC's storytelling today. Collects Batman issues #655-658, #663-669 and #672-675.

Other Editions - Batman by Grant Morrison 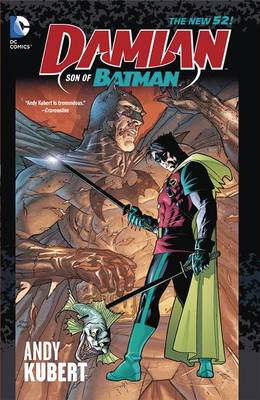 » Have you read this book? We'd like to know what you think about it - write a review about Batman book by Grant Morrison and you'll earn 50c in Boomerang Bucks loyalty dollars (you must be a Boomerang Books Account Holder - it's free to sign up and there are great benefits!)

Grant Morrison has been working with DC Comics for more than twenty years, beginning with his legendary runs on the revolutionary titles ANIMAL MAN and DOOM PATROL. Since then he has written numerous best-sellers including JLA, BATMAN and New X-Men as well as the critically acclaimed creator-owned series THE INVISIBLES, SEAGUY, THE FILTH, WE3 and JOE THE BARBARIAN. Morrison has also expanded the borders of the DC Universe in the award-winning pages of SEVEN SOLDIERS, ALL-STAR SUPERMAN, FINAL CRISIS and BATMAN, INC., and he is currently reinventing the Man of Steel in the all-new ACTION COMICS. In his secret identity, Morrison is a counterculture spokesperson, a musician, an award-winning playwright and a chaos magician. He is also the author of the New York Times best-seller Supergods, a groundbreaking psycho-historic mapping of the superhero as a cultural organism. He divides his time between his homes in Los Angeles and Scotland.