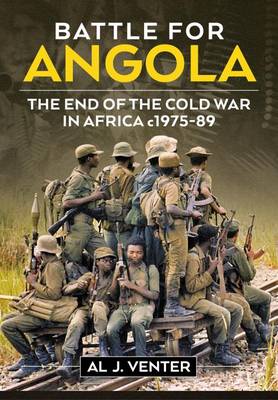 Other Editions - Battle for Angola by Al J. Venter 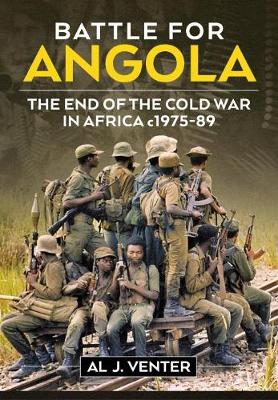 » Have you read this book? We'd like to know what you think about it - write a review about Battle for Angola book by Al J. Venter and you'll earn 50c in Boomerang Bucks loyalty dollars (you must be a Boomerang Books Account Holder - it's free to sign up and there are great benefits!)

British national Al Venter has written more than a dozen books on recent military history including "War Dog: Fighting Other People's Wars" on mercenaries as well as "Gunship Ace" (which covers the exploits of Neall Ellis, the world's most famous mercenary aviator). He spent much of his professional career reporting on wars for Jane's Information Group as well as for various news and photo agencies. These assignments ranged from visiting Beirut several times to cover the Lebanese civil war from the Christian side to a spate of African conflicts that included Biafra, South Africa's border wars, the Rhodesia insurgency, the Congo, Tanzania's invasion of Idi Amin's Uganda, Executive Outcomes mercenary operations in Angola and Sierra Leone and others. He was operational in El Salvador's guerrilla struggle and later, in the Balkans. At the behest of the CIA, he made a one-hour TV documentary on the Soviet offensive in Afghanistan in the mid-1980s. Venter has written three books on nuclear proliferation, including Iran's Nuclear Option and How South Africa Built Six Atom Bombs. He originally qualified as a Fellow of the Institute of Chartered Shipbrokers at the Baltic Exchange in London.

A Preview for this title is currently not available.
More Books By Al J. Venter
View All

The Last of Africa's Cold War Conflicts: Portuguese Guinea and its Guerilla Insurgency
$60.14 $66.82