The Battle for North Africa

El Alamein and the Turning Point for World War II

Description - The Battle for North Africa by Glyn Harper

In the early years of World War II, Germany shocked the world with a devastating blitzkrieg, rapidly conquered most of Europe, and pushed into North Africa. As the Allies scrambled to counter the Axis armies, the British Eighth Army confronted the experienced Afrika Corps, led by German field marshal Erwin Rommel, in three battles at El Alamein. In the first battle, the Eighth Army narrowly halted the advance of the Germans during the summer of 1942. However, the stalemate left Nazi troops within striking distance of the Suez Canal, which would provide a critical tactical advantage to the controlling force. War historian Glyn Harper dives into the story, vividly narrating the events, strategies, and personalities surrounding the battles and paying particular attention to the Second Battle of El Alamein, a crucial turning point in the war that would be described by Winston Churchill as the end of the beginning. Moving beyond a simple narrative of the conflict, The Battle for North Africa tackles critical themes, such as the problems of coalition warfare, the use of military intelligence, the role of celebrity generals, and the importance of an all-arms approach to modern warfare.

Other Editions - The Battle for North Africa by Glyn Harper 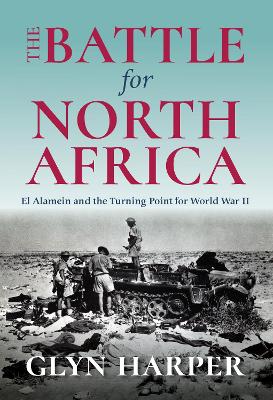 Book Reviews - The Battle for North Africa by Glyn Harper

» Have you read this book? We'd like to know what you think about it - write a review about Battle for North Africa book by Glyn Harper and you'll earn 50c in Boomerang Bucks loyalty dollars (you must be a Boomerang Books Account Holder - it's free to sign up and there are great benefits!)

Glyn Harper is Professor of War Studies at Massey University in New Zealand, and Massey Project Manager of the New Zealand and the First World War Centenary History Project. He is author of many books, including Johnny Enzed, Images of War, Acts of Valour (with Colin Richardson) and Letters from the Battlefield.