The Battle for Spain

Description - The Battle for Spain by Antony Beevor

The civil war that tore Spain apart between 1936 and 1939 and attracted liberals and socialists from across the world to support the cause against Franco was one of the most hard-fought and bitterest conflicts of the 20th century: a war of atrocities and political genocide and a military testing ground before WWII for the Russians, Italians and Germans, whose Condor Legion so notoriously destroyed Guernica. Antony Beevor's account narrates the origins of the Civil War and its violent and dramatic course from the coup d'etat in July 1936 through the savage fighting of the next three years which ended in catastrophic defeat for the Republicans in 1939. And he succeeds especially well in unravelling the complex political and regional forces that played such an important part in the origins and history of the war.

Other Editions - The Battle for Spain by Antony Beevor 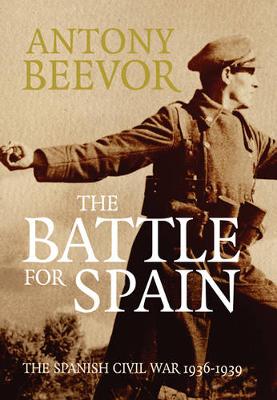 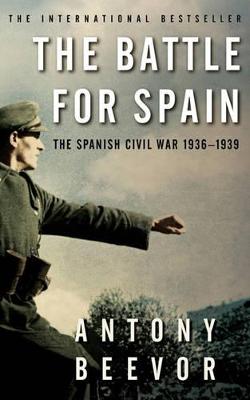 Book Reviews - The Battle for Spain by Antony Beevor

» Have you read this book? We'd like to know what you think about it - write a review about Battle for Spain book by Antony Beevor and you'll earn 50c in Boomerang Bucks loyalty dollars (you must be a Boomerang Books Account Holder - it's free to sign up and there are great benefits!)

Antony Beevor served as a regular officer in the 11th Hussars in Germany. His latest work, A WRITER AT WAR - VASILY GROSSMAN WITH THE RED ARMY 1941-1945, is an edition, with his Russian researcher, Dr Luba Vinogradova, of Grossman's wartime notebooks. A fellow of the Royal Society of Literature and Chevalier de l'Ordre des Arts et Lettres in France, Beevor has been chairman of Society of Authors; he is a visiting professor at Birkbeck College, University of London. He is married to the writer Artemis Cooper.

A Preview for this title is currently not available.
More Books By Antony Beevor
View All