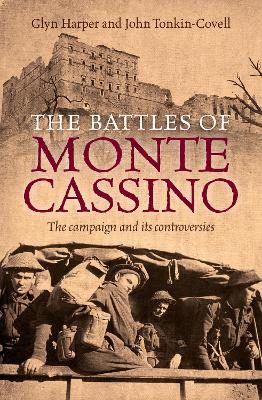 The Battles of Monte Cassino

The campaign and its controversies Main

Description - The Battles of Monte Cassino by Glyn Harper

The Allied forces' actions in and around Monte Cassino in Italy remain some of the most controversial of the Second World War. Adolf Hitler described them as the battles that came closest to the bitter struggles on the Western Front.

The name Cassino has become a touchstone for New Zealanders as a result of the crucial role played there by Kiwi forces, and the controversy surrounding the battles refuses to die down. This reappraisal of the battles brings new information about the events at Cassino to light.

The Battles of Monte Cassino is not another campaign narrative but a fresh look at some of the key aspects of the battles - the controversial bombing of the Benedictine monastery, the effectiveness of the commanders involved on both sides, the consequences of the Anzio beachhead, the performance of the Germans - and why four agonising battles were needed to defeat the Germans at Cassino.


Book Reviews - The Battles of Monte Cassino by Glyn Harper

» Have you read this book? We'd like to know what you think about it - write a review about Battles of Monte Cassino book by Glyn Harper and you'll earn 50c in Boomerang Bucks loyalty dollars (you must be a Boomerang Books Account Holder - it's free to sign up and there are great benefits!)

Glyn Harper is Professor of War Studies at Massey University in Palmerston North, New Zealand. His career spans teaching, and working as an Army officer in the Australian and New Zealand Armies and as Director of Massey's Centre for Defence and Security Studies. He is now General Editor of the Centenary History of New Zealand and the First World War. John Tonkin-Covell is Senior Lecturer, Strategic Studies at the New Zealand Defence Forces' Command and Staff College. He is a defence civilian in the New Zealand Defence Force and also a Senior Teaching Fellow at Massey University's Centre for Defence and Security Studies.