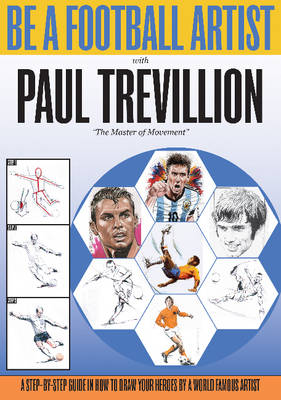 Be A Football Artist

Description - Be A Football Artist by Paul Trevillion

EVER WANTED TO SKETCH a Lionel Messi dribble, a Pele overhead kick or a Bobby Charlton special? Capture the power and grace of Diego Maradona or the ninja refl ex skills of David De Gea? Learn how to draw your football heroes with world-renowned football artist Paul Trevillion. Simply follow the step-by-step guide...all you need is a pencil, we even provide a blank page for your art! In 'Be a Football Artist', you can learn how to draw: Lionel Messi, Cristiano Ronaldo, Pele, Diego Maradona, Gareth Bale, Neymar, Wayne Rooney, Harry Kane, Luis Suarez, Jamie Vardy, George Best, Bobby Charlton, Johan Cruyff, David De Gea, Bobby Charlton and Bobby Moore.

Book Reviews - Be A Football Artist by Paul Trevillion

» Have you read this book? We'd like to know what you think about it - write a review about Be A Football Artist book by Paul Trevillion and you'll earn 50c in Boomerang Bucks loyalty dollars (you must be a Boomerang Books Account Holder - it's free to sign up and there are great benefits!)

Paul Trevillion is a globally acclaimed sports artist, author, inventor and motivator whose career spans over 60 years. In summer 2016, Paul will have a major exhibition at the NATIONAL FOOTBALL MUSEUM and his illustrations of England's 1966 World Cup squad will form a WALK OF FAME to commemorate the 50th anniversary of England lifting the Jules Rimet Trophy. Paul will also be 'artist-in-residence' at the NFM, teaching schoolchildren and adults how to draw their footballing heroes from the 60s to the present day. Indeed, it was as a schoolboy that Paul was driven to achieve his dream of becoming a professional artist; he approached the editors of the highly popular comic publications Eagle, Tiger and Roy of the Rovers. His talent was soon recognised and commissions to create art features and comic strips quickly followed. Trevillions break into the national press came in the Sunday People in 1957 with a series devised and illustrated called Hey Ref! which was later renamed YOU ARE THE REF... a feature which, nearly sixty years later, now appears as a weekly feature in The Observer and Guardian Online. From the 1960s onwards, Trevillions dynamic art featured in almost every national newspaper in the UK and he has been recognised for his ability to bring a subject to life, take a static image and create a moving fi gure hence the title of THE MASTER OF MOVEMENT". 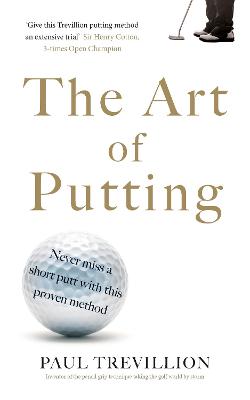