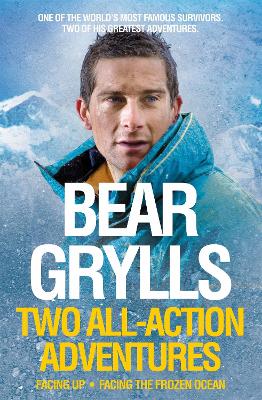 Facing Up - Facing the Frozen Ocean

At the age of twenty-three, Bear Grylls became one of the youngest Britons to reach the summit of Mount Everest. At extreme altitude youth holds no advantage over experience, nevertheless, only two years after breaking his back in a freefall parachuting accident, he overcame severe weather conditions, fatigue and dehydration to stand on top of the world's highest mountain. Facing Up is the story of his adventure, his courage and humour, his friendship and faith. Facing the Frozen Ocean tells of a carefully calculated attempt to complete the first unassisted crossing of the frozen north Atlantic in an open rigid inflatable boat. But this expedition became a terrifying battle against extreme elements and icebergs as large as cathedrals. 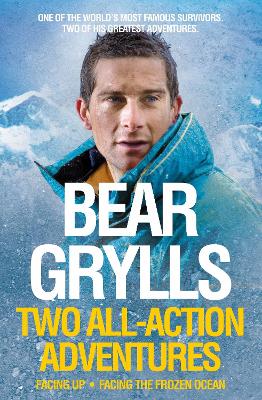 » Have you read this book? We'd like to know what you think about it - write a review about Bear Grylls: Two All-Action Adventures book by Bear Grylls and you'll earn 50c in Boomerang Bucks loyalty dollars (you must be a Boomerang Books Account Holder - it's free to sign up and there are great benefits!)

Bear Grylls was brought up on the Isle of Wight, where his late father taught him to climb and sail. A martial arts expert, Bear went on to spend three years as a soldier in the British Air Service (21 SAS), before suffering a free fall parachuting accident in Africa that left his back broken in three places. Despite this he went on to become the youngest Briton ever to reach the summit of Mount Everest. Now one of the youngest and most sought after motivational speakers, he relates his remarkable experiences to audiences and corporations all around the world. He has also presented several prime-time TV adventure series for Channel Four in the UK and Discovery Channel in America, notably Born Survivor, which was also a bestselling book. Bear lives with his wife Shara, and their sonsJesse and Marmaduke, on a Dutch barge in London and on a small remote Welsh island. His bestselling books Facing Up, about this record-breaking ascent of Everest, and Facing the Frozen Ocean, his inspirational story of leading a team across the treacherous North Atlantic, a feat for which he was awarded an Honorary commission in the Royal Navy, are both published by Pan Macmillan. More information on Bear can be found at his official website, www.beargrylls.com.