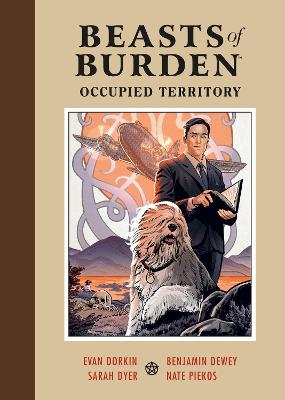 
An elder member of the occult-battling pack of Wise Dogs recalls a harrowing mission-in U.S-occupied Japan after World War II, a mysterious curse creates an army of crawling, disembodied heads which threatens to overwhelm the region. Emrys and a team of canine companions attempt to solve the mystery, bringing them into conflict with shape-changing tanuki, evil oni, and a horde of vengeful demons.

» Have you read this book? We'd like to know what you think about it - write a review about Beasts Of Burden: Occupied Territory book by Evan Dorkin and you'll earn 50c in Boomerang Bucks loyalty dollars (you must be a Boomerang Books Account Holder - it's free to sign up and there are great benefits!)


A Preview for this title is currently not available.
More Books By Evan Dorkin
View All