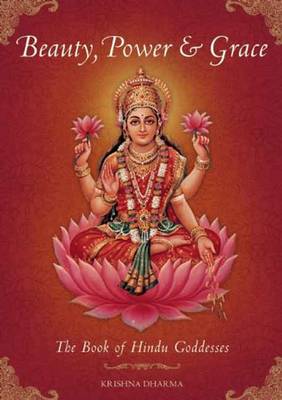 Adapted from ancient Sanskrit texts, the stories in Beauty, Power & Grace represent one of the most fundamental aspects of Hinduism-the innumerable manifestations of divinity. Among these, the portrayal of the Goddess is perhaps the most alluring. She appears as a devoted wife, a master of the arts, a terrifying demon slayer, a scornful critic, and a doting mother, to name just a few of her forms. In Vedic tradition, these depictions of the Goddess reflect the belief that male and female are simply different expressions of one supreme, absolute truth.

These profound stories are brought together here in an exquisitely illustrated collection that reveals the various manifestations of the Goddess, ranging from the iconic to the obscure: Mother Yashoda peers into her infant's mouth and is astonished to catch a glimpse of the entire universe; Ganga Devi, now synonymous with the sacred river, rides upon a great crocodile and purifies those whom she encounters; and Kali, adorned with a garland of skulls, drinks the blood of her victims on the battlefield.

A definitive and timeless celebration of Goddess imagery, symbolism, and lore, Beauty, Power & Grace stunningly displays the fascinating intersection between color, form, and meaning at the heart of Hindu tradition.


Other Editions - Beauty, Power and Grace by Krishna Dharma 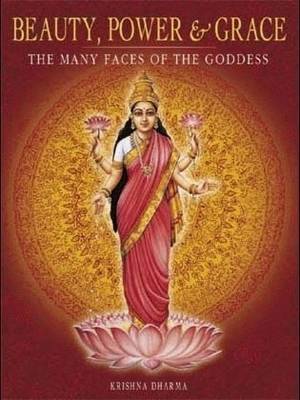 » Have you read this book? We'd like to know what you think about it - write a review about Beauty, Power and Grace book by Krishna Dharma and you'll earn 50c in Boomerang Bucks loyalty dollars (you must be a Boomerang Books Account Holder - it's free to sign up and there are great benefits!)

Krishna Dharma is a practicing Hindu priest and renowned translator of the world's most popular, award-winning editions of India's great epics, the Mahabarata and the Ramayana. Appearing regularly on the radio, Krishna Dharma is also a frequent contributor to the international press. For nearly a quarter of a century, he has offered lectures and seminars on the Vedas and their associated disciplines. In 1986 he established a center of Vedic study in Manchester, England. He currently lives with his wife and three children in Radlett, England. B.G. Sharma is a recipient of the prestigious National Art Award bestowed by the president of India. He is internationally recognized for his mastery of the traditional styles of Kangra, Kishangarh, and Mughal, as well as for pioneering his own painting style. Sharma has been commissioned to create portraits of heads of state, such as Prime Minister Indira Ghandi and Her Majesty Queen Elizabeth II. He is the recipient of the Independent Publisher's Award for Prince of Dharma(Mandala, 2003) and a two-time finalist for the Benjamin Franklin Award (2002 and 2003). He lives in Udaipur, Rajasthan, India. Mahaveer Swami, a miniatures artist descended from a family of traditional Bikaneri painters, has revived the best aspects of the sophisticated Bikaneri school of painting. His remarkable ethereal colors are ground by hand from stones and minerals, and he works exclusively on fine antique papers, many collected over generations. He has received both the National Art Award from the president of India and the Sanskriti Award, presented by India's vice president. He lives in Bikaner, Rajasthan, India.

A Preview for this title is currently not available.
More Books By Krishna Dharma
View All