Celebrated during his lifetime as much for his personality as for his paintings, Andy Warhol (1928-1987) is the man who invented Pop Art, the notion of 15 minutes of fame, and the idea that an artist could be as illustrious as the work he creates. With a unique, focused look at Warhol's life, this graphic novel biography offers insight into the turning point of Warhol's career and the time leading up to the creation of the Thirteen Most Wanted Men mural for the 1964 World's Fair, when Warhol clashed with urban planner Robert Moses and architect Philip Johnson. In Becoming Andy Warhol, New York Times bestselling writer Nick Bertozzi and artist Pierce Hargan showcase the moment when, by stubborn force of personality and sheer burgeoning talent, Warhol went up against the creative establishment and emerged to become one of the most significant artists of the 20th century. 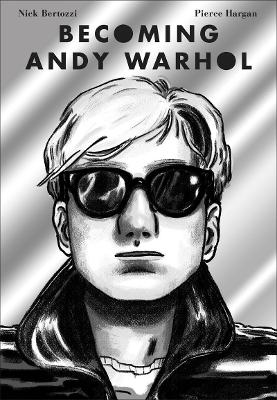 » Have you read this book? We'd like to know what you think about it - write a review about Becoming Andy Warhol book by Nick Bertozzi and you'll earn 50c in Boomerang Bucks loyalty dollars (you must be a Boomerang Books Account Holder - it's free to sign up and there are great benefits!)

Nick Bertozzi is an Ignatz and Harvey Award-winner, and the author of the well-reviewed (and sometimes-censored) graphic novel The Salon (Macmillan, April 2007), as well as numerous other award-winning and bestselling graphic novels. He has also illustrated for Nickelodeon, Spin, The New York Times, New York Press, Gourmet, and WFMU. Bertozzi lives in New York and teaches at the School of Visual Arts. Pierce Hargan is a Los Angeles-born cartoonist and a graduate of the School of Visual Arts who has collaborated on films and children's books. Hargan lives in Brooklyn.

A Preview for this title is currently not available.
More Books By Nick Bertozzi
View All