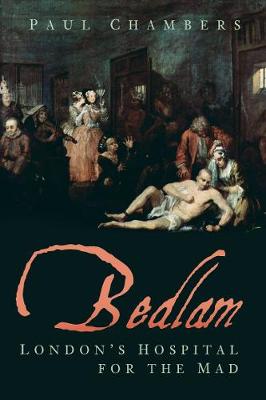 Bedlam: London's Hospital for the Mad

Description - Bedlam: London's Hospital for the Mad by Paul Chambers

Bethlem Hospital is the oldest mental institution in the world, but to many it is famous only as 'Bedlam', a chaotic madhouse that brutalised its patients. This book explores the 800-year history of Bethlem and reveals fascinating details of its ambivalent relationship with London and Londoners, the life and times of the hospital's more famous patients, and the rise of a powerful reform movement which forced the government to take the issue of Bedlam seriously. Paul Chambers brings the whole story of Bethlem Hospital to a new audience, charting its well-intended beginnings to its final disgrace and reform. AUTHOR: Paul Chambers' writing credits include books on subjects as diverse as elephants, dinosaurs, the natural history of the giant tortoise, medieval genealogy and an 18th-century scandal. He has written for television and radio, and has produced numerous articles on a diverse range of subjects as well as being the ghostwriter behind several children's factual books.

Other Editions - Bedlam: London's Hospital for the Mad by Paul Chambers 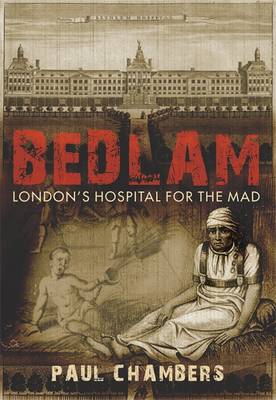 » Have you read this book? We'd like to know what you think about it - write a review about Bedlam: London's Hospital for the Mad book by Paul Chambers and you'll earn 50c in Boomerang Bucks loyalty dollars (you must be a Boomerang Books Account Holder - it's free to sign up and there are great benefits!)


A Preview for this title is currently not available.
More Books By Paul Chambers
View All