Description - The Beetle by Richard Marsh

'It changes its shape at will. It compels others to do its bidding. It inspires terror in all who look on it . . . '

Eminent politician Paul Lessingham is the toast of Westminster, but when 'the Beetle' arrives from Egypt to hunt him down, the dark and gruesome secret that haunts him is dragged into the light. Bent on revenge for a crime committed against the disciples of an Egyptian goddess, the Beetle terrorizes its victims and will stop at nothing until it has satisfaction.

Other Editions - The Beetle by Richard Marsh 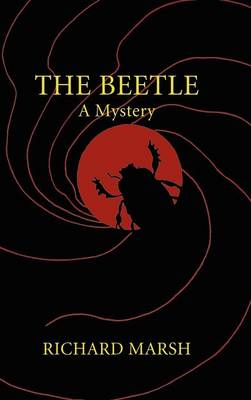 » Have you read this book? We'd like to know what you think about it - write a review about Beetle book by Richard Marsh and you'll earn 50c in Boomerang Bucks loyalty dollars (you must be a Boomerang Books Account Holder - it's free to sign up and there are great benefits!)

Richard Marsh (1857-1915) was the pseudonym of the British author born Richard Bernard Heldman. He is best known for his supernatural thriller The Beetle: A Mystery, published in the same year as Bram Stoker's Dracula and initially even more popular. Heldman was educated at Eton and Oxford University. Several of the prolific Marsh's novels were published posthumously.

A Preview for this title is currently not available.
More Books By Richard Marsh
View All