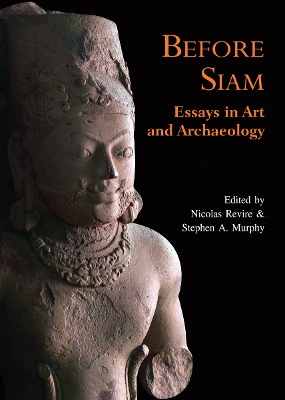 Essays in Art and Archaeology

Description - Before Siam by Nicolas Revire

The birth of Siam has been traditionally marked by the founding of the great city-states of Sukhothai and Ayutthaya respectively. These civilisations, however, grew out of a rich milieu of cultures and traditions in the region present from as far back as prehistoric times. Whether the Mon Buddhism that flourished during the so-called Dvaravati period, the architectural heritage of the Khmers or the Brahmanical and Mahayana stimuli of the Malay Peninsula, these varied aspects and influences came together to shape what became early Siam and today modern Thailand. The aim of this peer-reviewed publication is to present new research and discoveries to reconstruct the cultures, religious persuasions and artistic traditions in pre-modern Thailand and its neighbouring regions. With varied contributions by renowned experts, the public and academics alike will gain a richer and more multifaceted appreciation of this early history which played such a formative role in the birth of Siam. SELLING POINTS: A compilation of essays representing both new and established academics in the field A multidisciplinary approach to archaeology, scientific and laboratory analysis, art history, epigraphy and philology Presents new research and discoveries that reconstruct the cultures, religious persuasions and artistic traditions in pre-modern Thailand and its neighbouring regions Covers late prehistory and the transition to early history, up to the presence of the Khmers in the region under the reign of Jayavarman VII 256 colour illustrations

» Have you read this book? We'd like to know what you think about it - write a review about Before Siam book by Nicolas Revire and you'll earn 50c in Boomerang Bucks loyalty dollars (you must be a Boomerang Books Account Holder - it's free to sign up and there are great benefits!)