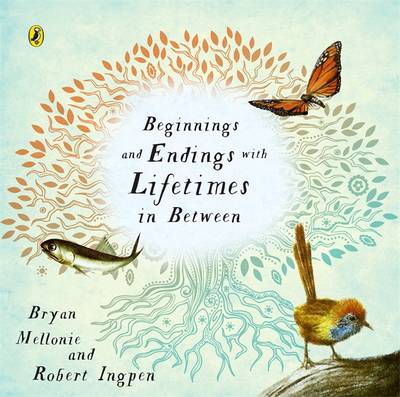 Beginnings And Endings With Lifetimes In Between

Description - Beginnings And Endings With Lifetimes In Between by Robert Ingpen

Have you ever wondered why a butterfly lives for only a few weeks? Or why a tree lives for hundreds of year? You may have been sad when someone in your family, or a favourite pet became sick and died. There is a beginning and an ending to everything that is alive. In between is a lifetime. Dying is a much a part of living as being born.

Buy Beginnings And Endings With Lifetimes In Between by Robert Ingpen from Australia's Online Independent Bookstore, Boomerang Books.

» Have you read this book? We'd like to know what you think about it - write a review about Beginnings And Endings With Lifetimes In Between book by Robert Ingpen and you'll earn 50c in Boomerang Bucks loyalty dollars (you must be a Boomerang Books Account Holder - it's free to sign up and there are great benefits!)

Robert Ingpen rose to prominence with his illustrations for Colin Thiele's Storm Boy. However, he is as well known for his work with environmental, conservational and historical projects as he is for writing and illustrating children's books. He was one of the founders of the Australian Conservation Foundation and is responsible for designing the flag and coat of arms for the Northern Territory and stamps for the Captain Cook Bicentenary and the 50th anniversary of CSIRO. He has also worked for the United Nations, designing pamphlets on fisheries.Ingpen was born in Geelong in 1936. After studying art at RMIT, he worked with the CSIRO, specialising in relating design to scientific research. It is this early experience, and his diverse interests that mark Robert Ingpen as an exceptional illustrator, combining fantasy with science and history with the present. His illustrations for Beginnings and Endings with Lifetimes In Between are an exquisite example of his talent. Robert Ingpen won the international Hans Christian Anderson Medal in 1986, for his illustrations, and the Dromkeen medal in 1989.