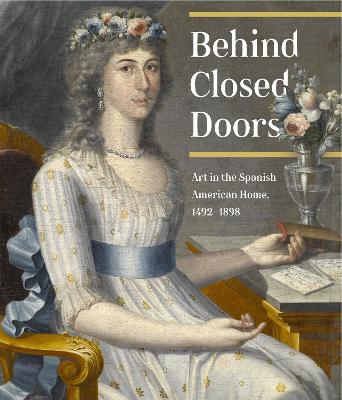 A critical contribution to the burgeoning field of Spanish colonial art, Behind Closed Doors reveals how art and luxury goods together signaled the identity and status of Spanish Americans struggling to claim their place in a fluid New World hierarchy. By the early sixteenth century, the Spanish practice of defining status through conspicuous consumption and domestic display was established in the Americas by Spaniards who had made the transatlantic crossing in search of their fortunes. Within a hundred years, Spanish Americans of all heritages had amassed great wealth and had acquired luxury goods from around the globe. Nevertheless, the Spanish crown denied the region's new moneyed class the same political and economic opportunities as their European-born counterparts. New World elites responded by asserting their social status through the display of spectacular objects at home as pointed reminders of the empire's dependence on silver and other New World resources. The private residences of elite Spaniards, Creoles (American-born white Spaniards), mestizos, and indigenous people rivaled churches as principal repositories for the fine and decorative arts. Drawing princip

» Have you read this book? We'd like to know what you think about it - write a review about Behind Closed Doors book by Richard Aste and you'll earn 50c in Boomerang Bucks loyalty dollars (you must be a Boomerang Books Account Holder - it's free to sign up and there are great benefits!)

Richard Aste is Curator of European Art at the Brooklyn Museum. In 1999 he co-curated Giulio Romano- Master Designer at the Hunter College Art Gallery. He was formerly Associate Curator of European Art at Museo de Arte de Ponce in Puerto Rico. Mia L. Bagneris is Visiting Assistant Professor of Art History at Tulane University, where she teaches African Diaspora art history and studies race in Western Art. b> ichael A. Brown is Mayer Curatorial Fellow in the New World Department at the Denver Art Museum. Jorge F. Rivas Perez is Spanish Colonial Curator of the Coleccion Patricia Phelps de Cisneros. His curatorial credits include The Arts in Latin America, 1492-1820 (2006). Art historian and writer Suzanne Stratton-Pruitt is the author of The Immaculate Conception in Spanish Art (1994), recipient of the American Society for Hispanic Art Historical Studies' award for that year's best book on Spanish art published in English.