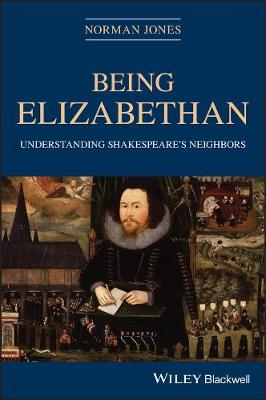 Captures the worldviews, concerns, joys, and experiences of people living through the cultural changes in the second half of the sixteenth century and the early seventeenth century, Shakespeare's age.
Elizabethans lived through a time of cultural collapse and rejuvenation as the impacts of globalization, the religious Reformation, economic and scientific revolutions, wars, and religious dissent forced them to reformulate their ideas of God, nation, society and self. This well-written, accessible book depicting how Elizabethans perceived reality and acted on their perceptions illustrates Elizabethan life, offering readers well-told stories about the Elizabethan people and the world around them. It defines the older ideas of pre-Elizabethan culture and shows how they were shattered and replaced by a new culture based on the emergence of individual conscience. The book posits that post-Reformation English culture, emphasizing the internalization of religious certainties, embraced skepticism in ways that valued individualism over older communal values.
Being Elizabethan portrays how people's lives were shaped and changed by the tension between a received belief in divine stability and new, destabilizing, ideas about physical and metaphysical truth. It begins with a chapter that examines how idealized virtues in a divinely governed universe were encapsulated in funeral sermons and epitaphs, exploring how they perceived the Divine Order. Other chapters discuss Elizabethan social stations, community, economics, self-expression, and more.

Appeals to students, scholars, and laymen interested in history and literature of the Elizabethan era

Shows how a new cultural era, the age of Shakespeare, grew from collapsing late Medieval worldviews.

Being Elizabethan is a captivating read for anyone interested in early modern English culture and society. It is an excellent source of information for those studying Tudor and early Stuart history and/or literature.

Other Editions - Being Elizabethan: Understanding Shakespeare's Neighbors by Norman Jones 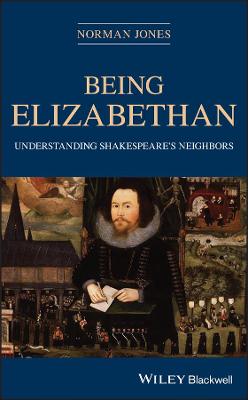 » Have you read this book? We'd like to know what you think about it - write a review about Being Elizabethan: Understanding Shakespeare's Neighbors book by Norman Jones and you'll earn 50c in Boomerang Bucks loyalty dollars (you must be a Boomerang Books Account Holder - it's free to sign up and there are great benefits!)


A Preview for this title is currently not available.
More Books By Norman Jones
View All