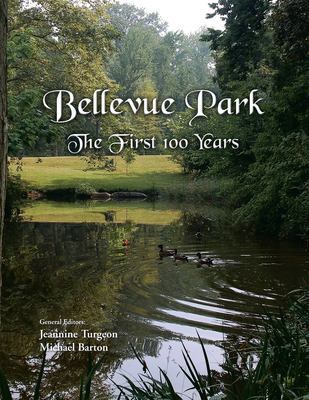 Bellevue Park the First 100 Years: An Anniversary History by Its Residents

Description - Bellevue Park the First 100 Years: An Anniversary History by Its Residents by Michael Barton

This book is a history of a community, and, moreover, a history by that community. In January, 2007, Jeannine Turgeon began to recruit a committee of Bellevue Park neighbors, volunteers who would be willing to produce a book about their neighborhood in honor of its 100th anniversary. Initial members were Clark and Vickie Bucher, Dan Deibler and Elizabeth Johnson, Chris Dick, Frank Haas, Hannah Leavitt, Carol Lopus, Mo Lynn, Bonnie Mark, Debbie Nifong, Peggy and Dan Purdy, John Quimby, Sue Ellen Ramer, Olivia Susskind, Doris Ulsh, Phil and Mary Walsh, Mary Warner, and Gretchen Yarnall. Prof. Michael Barton of Penn State Harrisburg was invited to serve as a consultant and general editor for the project, and we selected Xlibris as our publisher. In these early months, outlines were organized and re-organized, topics were proposed and discarded, and suggestions of all sorts were submitted and accepted or reluctantly retracted to fit within the publisher's limits and the book's budget.

Book Reviews - Bellevue Park the First 100 Years: An Anniversary History by Its Residents by Michael Barton

» Have you read this book? We'd like to know what you think about it - write a review about Bellevue Park the First 100 Years: An Anniversary History by Its Residents book by Michael Barton and you'll earn 50c in Boomerang Bucks loyalty dollars (you must be a Boomerang Books Account Holder - it's free to sign up and there are great benefits!)


A Preview for this title is currently not available.
More Books By Michael Barton
View All