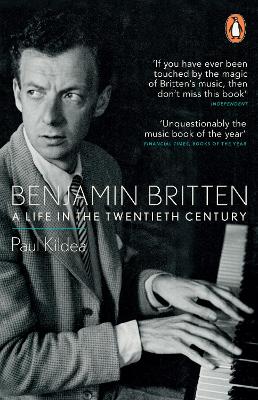 A Life in the Twentieth Century

» Have you read this book? We'd like to know what you think about it - write a review about Benjamin Britten book by Paul Kildea and you'll earn 50c in Boomerang Bucks loyalty dollars (you must be a Boomerang Books Account Holder - it's free to sign up and there are great benefits!)

Paul Kildea is a writer and conductor who has performed many of the Britten works he writes about, in opera houses and concert halls from Sydney to Hamburg. His previous books include Selling Britten (2002) and (as editor) Britten on Music (2003). He was Head of Music at the Aldeburgh Festival between 1999 and 2002 and subsequently Artistic Director of the Wigmore Hall in London, and lives in Berlin.

A Preview for this title is currently not available.
More Books By Paul Kildea
View All