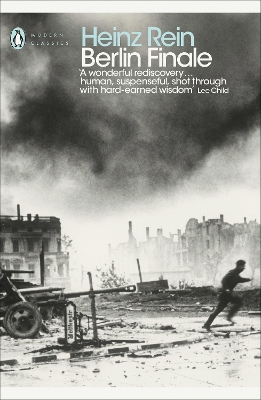 One of the first bestsellers in Germany after the Second World War, Berlin Finale is a breathtaking novel of the most dramatic period of upheaval in modern history

April 1945, the last days of the Nazi regime. While bombs are falling on Berlin, the Gestapo are still searching for traitors, resistance fighters and deserters. People mistrust each other more than ever. Everyone could be a spy.

In the midst of chaos, the young soldier Joachim Lassehn desperately wants to escape. Friedrich Wiegand, a trade unionist tortured in a concentration camp, tries to speed up the end of the war through sabotage. Doctor Walter B ttcher helps refugees to survive. And Oskar Klose's pub is the conspiratorial meeting point of a small resistance group that the SS is trying to trace. Weaving together their stories, Heinz Rein offers an unforgettable portrait of life in a city devastated by war.

Unsettling, raw and cinematic, Berlin Finale was published in Germany in 1947 and quickly became a bestseller. Newly translated eighty years later, it is ripe for rediscovery. 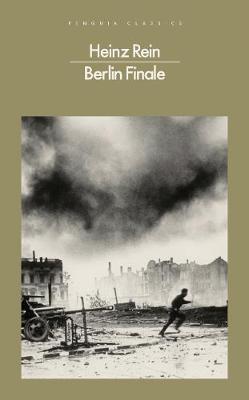 » Have you read this book? We'd like to know what you think about it - write a review about Berlin Finale book by Heinz Rein and you'll earn 50c in Boomerang Bucks loyalty dollars (you must be a Boomerang Books Account Holder - it's free to sign up and there are great benefits!)


A Preview for this title is currently not available.
More Books By Heinz Rein
View All