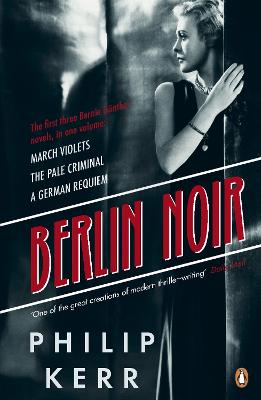 Ex-Policeman Bernie Gunther thought he(1)d seen everything on the streets of 1930(1)s Berlin. But then he went freelance, and each case he tackled sucked him further into the grisly excesses of Nazi sub-culture. And even after the war, amidst the decayed, imperial splendour of Vienna, Bernie uncovered a legacy that made the wartime atrocities look lily-white in comparison . . . 'Exceptionally good.' The Times 'Taut, brutal, coarse, believable and gripping stuff.' Sunday Telegraph 'Echoes of Raymond Chandler but better on his vivid and well-researched detail than the master.' Evening Standard 'Full marks . . . Kerr(1)s complex intrigue allows space for brilliantly provoking political asides.' Sunday Times 'Beautifully written.' Scotsman 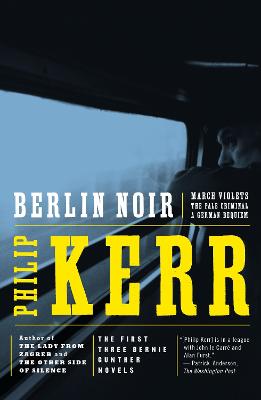 » Have you read this book? We'd like to know what you think about it - write a review about Berlin Noir book by Philip Kerr and you'll earn 50c in Boomerang Bucks loyalty dollars (you must be a Boomerang Books Account Holder - it's free to sign up and there are great benefits!)

Philip Kerr was born in Edinburgh and read Law at university. He stayed on to read Law and Philosophy as a postgraduate, most of this German, which was when he first became interested in German twentieth century history.He worked first as a copywriter at a number of advertising agencies, including Saatchi & Saatchi, but spent most of his time researching an idea he'd had for a novel about a Berlin-based policeman. And following several trips to Germany - and a great deal of walking around mean streets of Berlin - his first novel, March Violets, was published in 1989 and introduced the world to the iconic tough-talking detective Bernie Gunther.Since then he has written and published ten universally lauded Bernie Gunther novels, and is currently working on his eleventh. He has won both the RBA International Prize for Crime Writing, and the CWA Ellis Peters Historic Crime Award.