The Red Army had much to avenge when it finally reached the frontiers of the Reich in January 1945. Political instructors rammed home the message of Wehrmacht and SS brutality. The result was the most terrifying example of fire and sword ever known, with tanks crushing refugee columns under their tracks, mass rape, pillage and destruction. Hundreds of thousands of women and children froze to death or were massacred because Nazi Party chiefs, refusing to face defeat, had forbidden the evacuation of civilians. Over seven million fled westwards from the terror of the Red Army.

Antony Beevor reconstructs the experiences of those millions caught up in the nightmare of the Third Reich's final collapse, telling a terrible story of pride, stupidity, fanatacism, revenge and savagery, but also one of astonishing endurance, self-sacrifice and survival against all odds.

Other Editions - Berlin by Antony Beevor 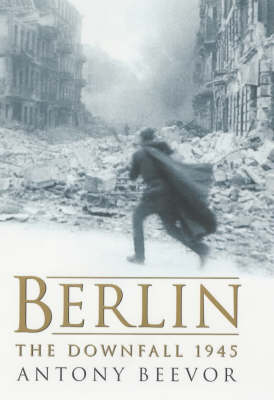 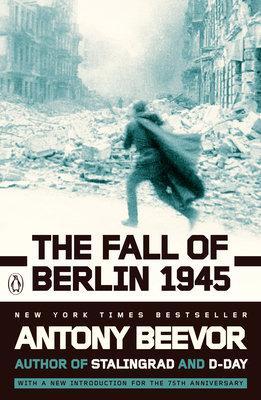 » Have you read this book? We'd like to know what you think about it - write a review about Berlin book by Antony Beevor and you'll earn 50c in Boomerang Bucks loyalty dollars (you must be a Boomerang Books Account Holder - it's free to sign up and there are great benefits!)

Antony Beevor's latest book is Ardennes 1944 - Hitler's Last Gamble. He is the author of Crete - The Battle and the Resistance, (Runciman Prize), Stalingrad, (Samuel Johnson Prize, Wolfson Prize for History and Hawthornden Prize for Literature), Berlin - The Downfall, The Battle for Spain (Premio La Vanguardia), and D-Day: The Battle for Normandy, (Prix Henry Malherbe and the Royal United Services Institute Westminster Medal). His next work The Second World War was another No. 1 international bestseller. His books have appeared in more than thirty languages and have sold more than six and a half million copies. According to the Bookseller, 'Beevor is the bestselling historian of the BookScan era'. A former chairman of the Society of Authors, he has received honorary doctorates from the Universities of Kent, Bath, East Anglia and York, and he is also a visiting professor at the University of Kent. In 2014, he received the Pritzker Literature Award for Lifetime Achievement in Military Writing.