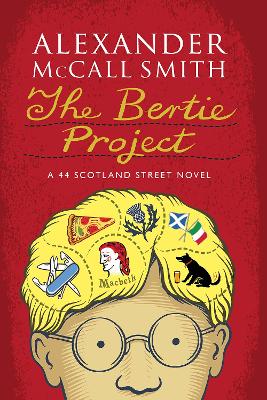 Once more, we catch up with the delightful goings-on in the fictitious 44 Scotland Street from Alexander McCall Smith ...Bertie's respite from his overbearing mother, Irene, is over. She has returned from the middle-east, only to discover that her son has been exposed to the worst evils of cartoons, movies and Irn Bru, and her wrath falls upon her unfortunate husband, Stuart. Meanwhile, Bruce has fallen in love with someone other than himself; Big Lou wants to adopt her beloved Finlay; Matthew and Elspeth host the Duke of Johannesburg for supper and Bertie decides he wants to move out of Scotland Street altogether and live with his grandmother, Nicola. Can Irene and Stuart's marriage survive? Will Bruce's new found love last? And will Bertie really leave Scotland Street? Find out in the next installment of this charming, beloved series.

Other Editions - The Bertie Project by Alexander McCall Smith 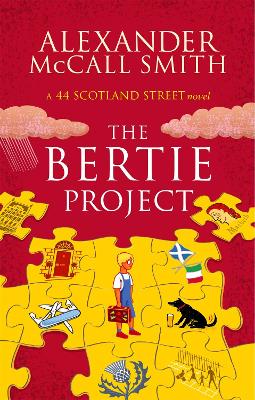 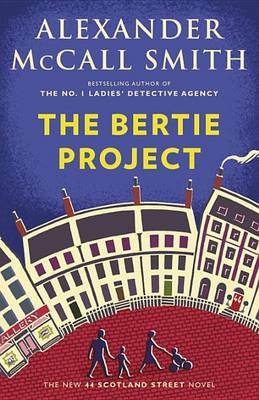 » Have you read this book? We'd like to know what you think about it - write a review about Bertie Project book by Alexander McCall Smith and you'll earn 50c in Boomerang Bucks loyalty dollars (you must be a Boomerang Books Account Holder - it's free to sign up and there are great benefits!)

“The problem, he though, was that so much humour involved human misfortune of one sort or another, and now that same human misfortune was out of bounds – interdicted by self-appointed guardians of sensitivity. There was somebody to be offended by everything, he thought, which left little room for laughter”

The Bertie Project is the eleventh book in the popular 44 Scotland Street serial novel by Scottish author, Alexander McCall Smith, and in it, the lives of the residents of 44 Scotland Street and those of their friends are, once again, updated for the continuing enjoyment of series fans. So we learn that: Big Lou battles red tape to adopt her foster-son; Irene finds fault in everything Nicola does, while Nicola receives an important letter from her Portuguese husband; a viral illness brings Elspeth and Matthew’s Danish au pair troubles to a head.

In as much as a narcissist actually can fall in love with someone other than himself, Bruce, it seems, has done so. Australian physical trainer, ex Qantas stewardess and devotee of extreme sports Clare Hodding has won his heart. And proceeds to turn him into a hipster and involve him in extreme sports.

An unexpected event changes Angus Lordie’s long-held view on conceptual art and even the Turner Prize. The Chairman and Secretary of the Association of Scottish Nudists discuss the woes they attribute to the splinter group, Nudism Scotland. And when Bertie mentions to his grandmother that he has seen Stuart lunching with an attractive stranger, Nicola wonders if her thoroughly oppressed son will be allowed some happiness.

The star of the show, as always, is poor, beleaguered Bertie: “He did not enjoy his Italian conversazione sessions, but he was too polite to say so. Nor did he enjoy, for that matter, his yoga classes and his psychotherapy, but he had long since come to understand that these were features of the firmament under which he lived, and there was no point in arguing against your personal planets: these were as fixed in the heavens as Edinburgh Castle was on earth”

He may only be seven years old, but his observations are always insightful: “That, it seemed to him, was a persistent problem faced by adults: they simply did not have enough to do. And because there were so many of them, and so few real things to do, they had to invent roles for themselves, and then spend a great deal of time arguing with one another about who should occupy these roles and then, when they were in them, what they should do with them"

Opinions on male inhibition about commenting on the looks of other males, importance of rituals, social reassurance, and rhododendrons are shared, and para mountain biking, a love poem, gout, and defenestration feature in this instalment. There are laugh-out-loud moments, but also some to choke up the most cynical reader. Brilliant as always!

Readers who purchased a hardcover might be just a little annoyed that in each instance where a word contains “ize”, someone’s overzealous use of “find and replace” has resulted it being substituted with “ise”, so we have sises, seised, denisen, Turner Prise etc. The publishers’ Oops on the last page might have been better placed before the first: the typos do distract a little from the story. 5 stars

Alexander McCall Smith is one of the world's most prolific and most popular authors. For many years he was a professor of Medical Law, then, after the publication of his highly successful No. 1 Ladies' Detective Agency series, which has sold over twenty-five million copies, he devoted his time to the writing of fiction and has seen his various series of books translated into over forty-six languages and become bestsellers throughout the world. These include the 44 Scotland Street novels, first published as a serial novel in the Scotsman, the Isabel Dalhousie novels, the Von Igelfeld series and the Corduroy Mansions novels.