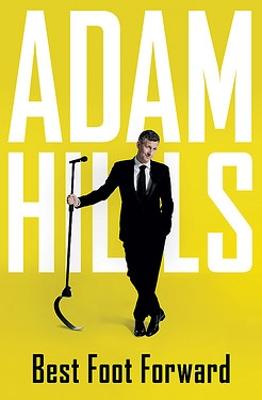 Adam Hills was a quiet primary school kid with a prosthetic foot who did all his homework and only spoke when spoken to. His dad sparked in him a love of comedy, and together they'd spend hours watching and listening to the likes of Peter Sellers and Mel Brooks. So when it was Adam's turn to speak, he made sure he was funny.Once he hit high school, comedy was Adam's obsession (along with a deep love for the South Sydney Rabbitohs). While his mates were listening to Iron Maiden and AC/DC, he was listening to Kenny Everett and Billy Connolly. And when a report card came home with a comment praising his sense of humour, he was far prouder of that than his grades (his mum not so much).Adam's shyness and his missing foot never held him back, though wearing thongs was tricky. While other teens snuck off to meet girls and drink cheap booze, Adam snuck off to see a young Jim Carrey perform. After that, a steady diet of Rodney Rude, Vince Sorrenti and Robin Williams led this sheltered, virginal university student from The Shire to his first stand-up open mic night on his 19th birthday.In Best Foot Forward, Adam describes his early years on the Australian comedy scene sharing gigs with Steady Eddy and Jimeoin, how he coped the first time he died on stage, his early-morning apprenticeship in radio, touring the world's comedy festivals, the magic of Spicks and Specks and his hosting gig for the 2008 Paralympics that led to his hit UK TV show The Last Leg. Kermit the Frog, Whoopi Goldberg, Barry Humphries, Billy Connolly - Adam's learned from the best. In this charming and witty memoir Adam Hills shows how hard work, talent and being proudly different can see you find your feet. 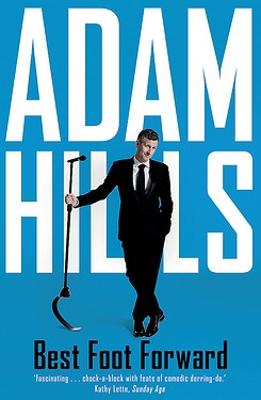 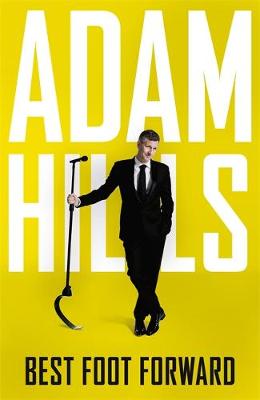 » Have you read this book? We'd like to know what you think about it - write a review about Best Foot Forward book by Adam Hills and you'll earn 50c in Boomerang Bucks loyalty dollars (you must be a Boomerang Books Account Holder - it's free to sign up and there are great benefits!)

The Tour According to G: My Journey to the Yellow Jersey
Geraint Thomas
$28.04 $32.99
More Books By Adam Hills
View All