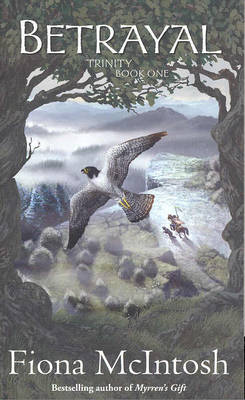 Deep in the folklore of Tallinor lies a dark legend of betrayal and destruction. It is the story of a powerful sentient called Orlac who almost destroyed the entire land.

Even now, many centuries later, any sentient who is discovered is subjected to the barbaric practice of bridling and branding. But in a village far from the royal city a young scribe, Torkyn Gynt, blazes with untold power and healing abilities which go undetected. tor agrees to be apprenticed to the Royal Physic Merkhud and with that decision tor takes the first step towards his destiny.

Armed with only his wits and a pouch of mysterious stones given to him by his parents, tor must trust in the falcon Cloot and in Lys, the mysterious dreamspeaker, to guide him on a journey that will test his courage and his heart.

Other Editions - Betrayal by Fiona McIntosh 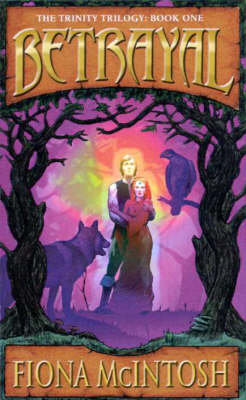 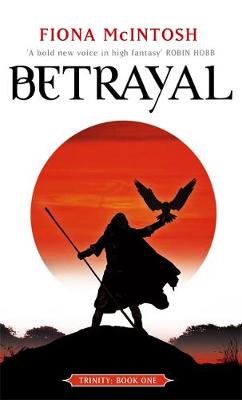 » Have you read this book? We'd like to know what you think about it - write a review about Betrayal book by Fiona McIntosh and you'll earn 50c in Boomerang Bucks loyalty dollars (you must be a Boomerang Books Account Holder - it's free to sign up and there are great benefits!)