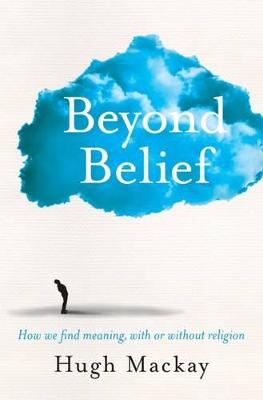 Description - Beyond Belief by Hugh Mackay

What do people actually mean when they say 'God'?

Around two-thirds of us say we believe in God or some 'higher power', but fewer than one in ten Australians attend church weekly. In Beyond Belief, Hugh Mackay presents this discrepancy as one of the great unexamined topics of our time. He argues that while our attachment to a traditional idea of God may be waning, our desire for a life of meaning remains as strong as ever.

Mackay interviews dozens of Australians representing many different points on the spectrum of faith, including some who are part of the emerging 'spiritual but not religious' movement. He exposes the deep vein of ambivalence about religion that runs through our society: we may not actively worship, but we still like to see local churches operating in our midst, and we use 'our' church to marry, christen our babies, educate our children and commemorate our dead. He points out some uncomfortable truths, such as our tendency to call on God only in a crisis, and unpacks our human need for 'answers', even when science can't find them. He endorses the Christian ideal of the good life - a life lived for others - but acknowledges that there are many pathways to that same goal, not all of them religious.

Written with all the insight and compassion we have come to expect of our leading chronicler of Australian life, Beyond Belief is an engrossing exploration of the ways we find spiritual fulfilment in an avowedly secular age.

» Have you read this book? We'd like to know what you think about it - write a review about Beyond Belief book by Hugh Mackay and you'll earn 50c in Boomerang Bucks loyalty dollars (you must be a Boomerang Books Account Holder - it's free to sign up and there are great benefits!)

Hugh Mackay is a social researcher and the author of seventeen books - eleven in the field of social analysis and ethics, and six novels. He is a Fellow of the Australian Psychological Society and has been awarded honorary doctorates by Charles Sturt, Macquarie, New South Wales and Western Sydney universities. In 2015, he was appointed an Officer of the Order of Australia. He lives in the Southern Highlands of New South Wales.

A Preview for this title is currently not available.
More Books By Hugh Mackay
View All

Right and Wrong: How to decide for yourself, make wiser moral choices and build a better society
$16.99 $19.99