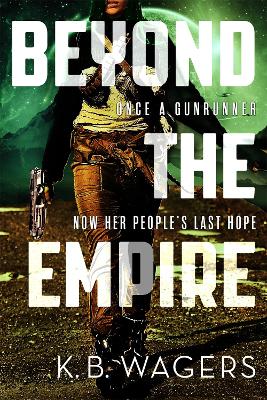 Description - Beyond the Empire by K. B. Wagers

The adrenaline-fueled, explosive conclusion to the Indranan War trilogy by K. B. Wagers.Gunrunner-turned-Empress Hail Bristol was dragged back to her home planet to take her rightful place in the palace. Her sisters and parents have been murdered, and the Indranan Empire is reeling from both treasonous plots and foreign invasion.Now, on the run from enemies on all fronts, Hail prepares to fight a full-scale war for her throne and her people, even as she struggles with the immense weight of the legacy thrust upon her. With the aid of a motley crew of allies old and new, she must return home to face off with the same powerful enemies who killed her family and aim to destroy everything and everyone she loves. Untangling a legacy of lies and restoring peace to Indrana will require an empress's wrath and a gunrunner's justice.BEYOND THE EMPIRE is the adrenalin-fueled conclusion to the Indranan War space adventure trilogy by K. B. Wagers - perfect for fans of Star Wars.

Buy Beyond the Empire by K. B. Wagers from Australia's Online Independent Bookstore, Boomerang Books.

Other Editions - Beyond the Empire by K. B. Wagers 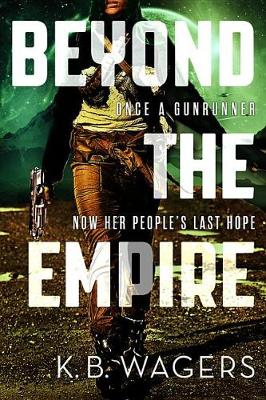 Book Reviews - Beyond the Empire by K. B. Wagers

» Have you read this book? We'd like to know what you think about it - write a review about Beyond the Empire book by K. B. Wagers and you'll earn 50c in Boomerang Bucks loyalty dollars (you must be a Boomerang Books Account Holder - it's free to sign up and there are great benefits!)

K. B. Wagers has a bachelor's degree in Russian studies and her non-fiction writing has earned her two Air Force Space Command media contest awards. A native of Colorado, she lives at the base of the Rocky Mountains with her husband and son. In between books, she can be found playing in the mud, running on trails, dancing to music and scribbling on spare bits of paper. You can also find her on twitter at @kbwagers and find her website at www.kbwagers.com.

A Preview for this title is currently not available.
More Books By K. B. Wagers
View All