Beyond the New Right

Description - Beyond the New Right by John Gray

John Gray is now established as one of the UK's leading political thinkers. For over a decade he has been asssociated with the ideas and think-tanks of the New Right. In this book he presents both a criticism of the ideological excesses of New Right ideology and a radical critique of the New Right itself, developed from the standpoint of traditional conservatism.
All the major thinkers and themes of the New Right are examined, together with many major issues of current public policy - such as the growth of the underclass, the future of the welfare state and the role of government in education and culture. The author also argues that there are deep affinities between conservative ideology and Green thought. He advances radical proposals for the preservation and renewal of common life for an age in which the ideals of modernism, including continuous economic growth, are decreasingly viable. He expresses his conviction that conservative philosophy will find its future in dissociating itelf from the neo-liberalism that has lately dominated policy, and returning to the task of redefining traditional values.

Other Editions - Beyond the New Right by John Gray 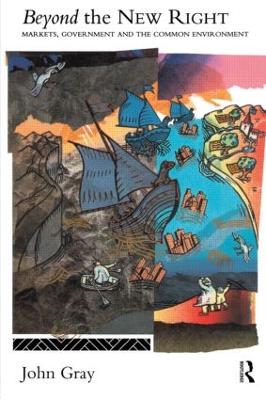 Book Reviews - Beyond the New Right by John Gray

» Have you read this book? We'd like to know what you think about it - write a review about Beyond the New Right book by John Gray and you'll earn 50c in Boomerang Bucks loyalty dollars (you must be a Boomerang Books Account Holder - it's free to sign up and there are great benefits!)


A Preview for this title is currently not available.
More Books By John Gray
View All