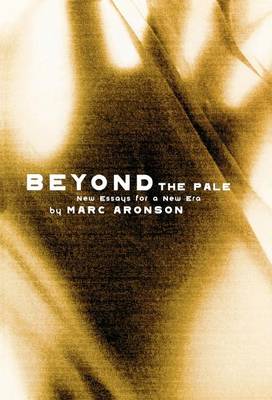 New Essays for a New Era

Description - Beyond the Pale by Marc Aronson

For nearly a decade Marc Aronson ran an imprint dedicated to international and multicultural literature for teens. He was known in the industry for publishing "edgy" books, and for his commitment to bringing the experiences of non-dominant authors and illustrators to the world. Yet in the summer of 2001 he wrote an essay that argued against awards, such as the Pure Belpre and Coretta Scott King prizes, for which you must be a member of a given ethnic group to win. Not surprisingly, his article was very controversial; and the author and publisher Andrea Davis Pinkney who had created an imprint specifically designed to be of, by, and for African Americans, published a thoughtful reply. Here, in Beyond the Pale, Aronson explains the passionate convictions that led him to write his essay, and outlines objections made by others; then reprints the original alongside Pinkney's response. As Aronson prepared a formal response to his critics, the attacks of September 11th took place. This tragedy simultaneously made a squabble among authors seem petty, and the issues around art, society, and cultural diversity all the more important. Throughout 2001 and 2002, Aronson wrote essays in which he weighed out how art, history, and books for younger readers could respond to the altered world. As in his previous collection, Exploding the Myths, the Truth About Teenagers and Reading, he exposes the mythologies and false beliefs that distort our understanding of books and their readers. Provocative and informative, this collection of essays will challenge those who know children's literature well to think in new ways, while linking the debates within that industry to the wider intellectual currents of our time.

Book Reviews - Beyond the Pale by Marc Aronson

» Have you read this book? We'd like to know what you think about it - write a review about Beyond the Pale book by Marc Aronson and you'll earn 50c in Boomerang Bucks loyalty dollars (you must be a Boomerang Books Account Holder - it's free to sign up and there are great benefits!)

Marc Aronson is Editorial Director and Vice-President of Non-Fiction Content Development at Carus Publishing company and has written widely on young adult literature.

A Preview for this title is currently not available.
More Books By Marc Aronson
View All