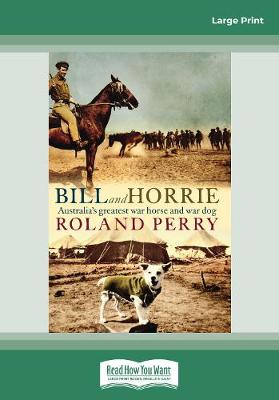 Bill the BastardBill the Bastard is a remarkable tale of the bond between a determined trooper and his stoic but cantankerous mount during the Light Horse campaigns against the Ottoman Empire in the Great War. They fought together. They depended on each other for survival. And when the chips were down, Bill's heroic efforts and exceptional instincts in battle saved the lives of not just his rider but four of his men.By September 1918, 'Bill the Bastard' was known by the entire Light Horse force, who used his name not as an insult but as a term of endearment. Bill had become a legend, a symbol of the courage and unbreakable will of the ANZACs. Roland Perry's enthralling bestseller shows us exactly why there was no other horse like Bill the Bastard.Horrie the War DogIn the harsh Libyan desert in the middle of World War II, Private Jim Moody, a signaller with the First Australian Machine Gun Battalion, found a starving puppy on a sand dune. Moody called the dog Horrie. Where Moody went, Horrie went too - through the battle zones of the Middle East and far beyond. As the Japanese forces began their assault in Asia, Moody and his soldier mates were redeployed to fight them. They smuggled Horrie onto a troop ship for a harrowing journey back to Australia, where Horrie was to face perhaps his deadliest challenge yet.In the finest ANZAC tradition, Horrie the War Dog is a story of intrigue and illusion, and of sacrifice, courage and loyalty, compellingly told by bestselling author Roland Perry. 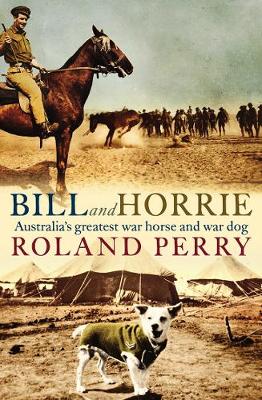 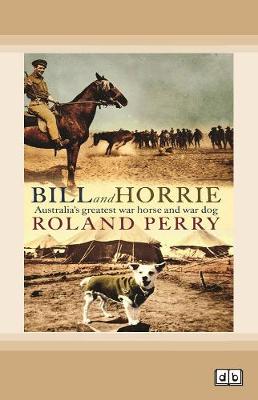 » Have you read this book? We'd like to know what you think about it - write a review about Bill and Horrie: Australia's greatest war horse and war dog book by Roland Perry and you'll earn 50c in Boomerang Bucks loyalty dollars (you must be a Boomerang Books Account Holder - it's free to sign up and there are great benefits!)