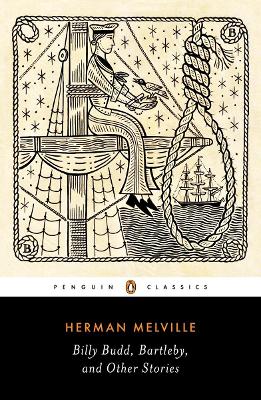 Billy Budd, Bartleby, and Other Stories

Description - Billy Budd, Bartleby, and Other Stories by Herman Melville

Though best-known for his epic masterpieceMoby-Dick,Herman Melville also left a body of short stories arguably unmatched in American fiction. In the sorrowful tragedy ofBilly Budd,Sailor; the controlled rage ofBenito Cereno; and the tantalizing enigma ofBartleby, the Scrivener; Melville reveals himself as a singular storyteller of tremendous range and compelling power.
A new, definitive edition of Herman Melville's virtuosic short stories-American classics wrought with scorching fury, grim humor, and profound beauty

Though best-known for his epic masterpiece Moby-Dick, Herman Melville also left a body of short stories arguably unmatched in American fiction. In the sorrowful tragedy of Billy Budd, Sailor; the controlled rage of Benito Cereno; and the tantalizing enigma of Bartleby, the Scrivener; Melville reveals himself as a singular storyteller of tremendous range and compelling power. In these stories, Melville cuts to the heart of race, class, capitalism, and globalism in America, deftly navigating political and social issues that resonate as clearly in our time as they did in Melville's. Also including The Piazza Tales in full, this collection demonstrates why Melville stands not only among the greatest writers of the nineteenth century, but also as one of our greatest contemporaries.

This Penguin Classics edition features the Reading Text of Billy Budd, Sailor, as edited from a genetic study of the manuscript by Harrison Hayford and Merton M. Sealts, Jr., and the authoritative Northwestern-Newberry text of The Piazza Tales.

For more than sixty-five years, Penguin has been the leading publisher of classic literature in the English-speaking world. With more than 1,500titles, Penguin Classics represents a global bookshelf of the best works throughout history and across genres and disciplines. Readers trust theseries to provide authoritative texts enhanced by introductions and notes by distinguished scholars and contemporary authors, as well as up-to-datetranslations by award-winning translators.

Other Editions - Billy Budd, Bartleby, and Other Stories by Herman Melville 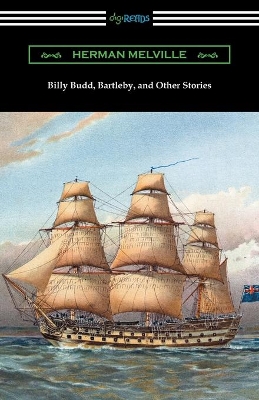 » Have you read this book? We'd like to know what you think about it - write a review about Billy Budd, Bartleby, and Other Stories book by Herman Melville and you'll earn 50c in Boomerang Bucks loyalty dollars (you must be a Boomerang Books Account Holder - it's free to sign up and there are great benefits!)

Herman Melville (1819-91) became in his late twenties a highly successful author of exotic novels based on his experiences as a sailor - writing in quick succession Typee, Omoo, Redburn and White-Jacket. However, his masterpiece Moby-Dick was met with incomprehension and the other later works which are now the basis of his reputation, such as Bartleby, the Scrivener and The Confidence-Man, were failures. Melville stopped writing fiction and the rest of his long life was spent first as a lecturer and then, for nineteen years, as a customs official in New York City. He was also the author of the immensely long poem Clarel, which was similarly dismissed. At the end of his life he wrote Billy Budd, Sailor which was published posthumously in 1924.