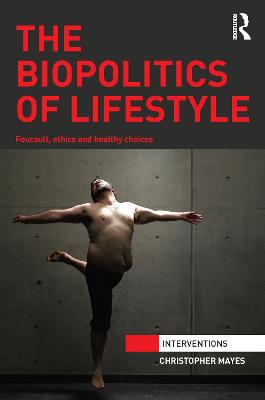 The Biopolitics of Lifestyle

Description - The Biopolitics of Lifestyle by Christopher Mayes

A growing sense of urgency over obesity at the national and international level has led to a proliferation of medical and non-medical interventions into the daily lives of individuals and populations. This work focuses on the biopolitical use of lifestyle to govern individual choice and secure population health from the threat of obesity. The characterization of obesity as a threat to society caused by the cumulative effect of individual lifestyles has led to the politicization of daily choices, habits and practices as potential threats. This book critically examines these unquestioned assumptions about obesity and lifestyle, and their relation to wider debates surrounding neoliberal governmentality, biopolitical regulation of populations, discipline of bodies, and the possibility of community resistance.

The rationale for this book follows Michel Foucault's approach of problematization, addressing the way lifestyle is problematized as a biopolitical domain in neoliberal societies. Mayes argues that in response to the threat of obesity, lifestyle has emerged as a network of disparate knowledges, relations and practices through which individuals are governed toward the security of the population's health. Although a central focus is government health campaigns, this volume demonstrates that the network of lifestyle emanates from a variety of overlapping domains and disciplines, including public health, clinical medicine, media, entertainment, school programs, advertising, sociology and ethics.

This book offers a timely critique of the continued interventions into the lives of individuals and communities by government agencies, private industries, medical and non-medical experts in the name of health and population security and will be of interests to students and scholars of critical international relations theory, health and bioethics and governmentality studies.

Other Editions - The Biopolitics of Lifestyle by Christopher Mayes 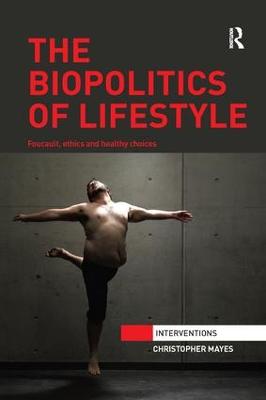 Book Reviews - The Biopolitics of Lifestyle by Christopher Mayes

» Have you read this book? We'd like to know what you think about it - write a review about Biopolitics of Lifestyle book by Christopher Mayes and you'll earn 50c in Boomerang Bucks loyalty dollars (you must be a Boomerang Books Account Holder - it's free to sign up and there are great benefits!)

Christopher Mayes is a Postdoctoral Research Fellow at the Centre for Values, Ethics and the Law in Medicine (VELiM).

A Preview for this title is currently not available.
More Books By Christopher Mayes
View All