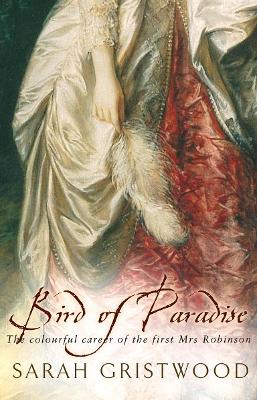 The Colourful Career of the First Mrs Robinson

The extraordinary rags-to-riches story of the first Mary Robinson, one of the 18th century's most admired, reviled and written-about women.

Few women's lives have described such an arc as that of Mary Robinson. She began her career as an actress, became a royal mistress and possible blackmailer, and ended it just two decades later as a Romantic poet and early feminist thinker of note. She was painted by Gainsborough and Reynolds, and satirized by political cartoonists.Born in Bristol in 1758, she married at 15. But Mary had barely made her curtsey to society before discovering that Robinson was little better than a conman. She went with him to debtors' prison, where she wrote her first book of verse. Encouraged by Sheridan and Garrick, who admired her beauty, she went on the stage, where she was seen by the 17-year-old Prince of Wales, and they embarked on a widely satirized liaison. Mary had made her mark in fashionable Georgian society and this, over the next two momentous decades, was where she contrived to stay.This vivid and accessible biography explores Georgian England during a period of extreme political, social and cultural upheaval through the life of this remarkable woman.

» Have you read this book? We'd like to know what you think about it - write a review about Bird Of Paradise book by Sarah Gristwood and you'll earn 50c in Boomerang Bucks loyalty dollars (you must be a Boomerang Books Account Holder - it's free to sign up and there are great benefits!)

After leaving Oxford, Sarah Gristwood worked as a journalist specializing in the arts and women's issues. She was a regular contributor to The Times, Guardian, Independent and Evening Standard. Arbella, her historical biography of Arbella Stuart, was widely acclaimed on publication and is also available from Bantam Books.

A Preview for this title is currently not available.
More Books By Sarah Gristwood
View All