Birth of a Colonial City: Calcutta

Description - Birth of a Colonial City: Calcutta by Ranjit Sen

Long before Calcutta was 'discovered' by Job Charnock, it thrived by the Hugli since times immemorial. This book, and its companion Colonial Calcutta, is a biographical account of the when, the how and the what of a global city and its emergence under colonial rule in the 1800s.

Ranjit Sen traces the story of how three clustered villages became the hub of the British Empire and a centre of colonial imagination. He examines the historical and geopolitical factors that were significant in securing its prominence, and its subsequent urbanization which was a colonial experience without an antecedent. Further, it sheds light on Calcutta's early search for identity - how it superseded interior towns and flourished as the seat of power for its hinterland; developed its early institutions, while its municipal administration slowly burgeoned.

A sharp analysis of the colonial enterprise, this volume lays bare the underbelly of the British Raj. It will be of great interest to scholars and researchers of modern history, South Asian history, urban studies, British Studies and area studies.

Other Editions - Birth of a Colonial City: Calcutta by Ranjit Sen 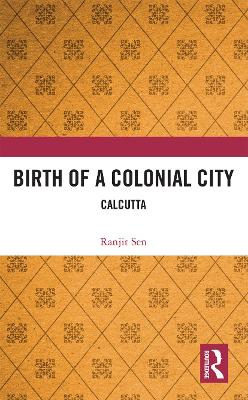 » Have you read this book? We'd like to know what you think about it - write a review about Birth of a Colonial City: Calcutta book by Ranjit Sen and you'll earn 50c in Boomerang Bucks loyalty dollars (you must be a Boomerang Books Account Holder - it's free to sign up and there are great benefits!)


A Preview for this title is currently not available.
More Books By Ranjit Sen
View All