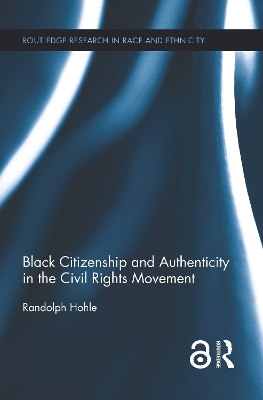 Black Citizenship and Authenticity in the Civil Rights Movement

This book explains the emergence of two competing forms of black political representation that transformed the objectives and meanings of local action, created boundaries between national and local struggles for racial equality, and prompted a white response to the civil rights movement that set the stage for the neoliberal turn in US policy. Randolph Hohle questions some of the most basic assumptions about the civil rights movement, including the importance of non-violence, and the movement's legacy on contemporary black politics. Non-violence was the effect of the movement's emphasis on racially non-threatening good black citizens that, when contrasted to bad white responses of southern whites, severed the relationship between whiteness and good citizenship. Although the civil rights movement secured new legislative gains and influenced all subsequent social movements, pressure to be good black citizens and the subsequent marginalization of black authenticity have internally polarized and paralyzed contemporary black struggles. This book is the first systematic analysis of the civil rights movement that considers the importance of authenticity, the body, and ethics in political struggles. It bridges the gap between the study of race, politics, and social movement studies. 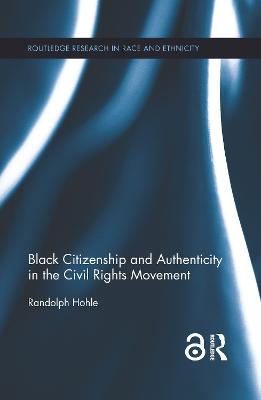 » Have you read this book? We'd like to know what you think about it - write a review about Black Citizenship and Authenticity in the Civil Rights Movement book by Randolph Hohle and you'll earn 50c in Boomerang Bucks loyalty dollars (you must be a Boomerang Books Account Holder - it's free to sign up and there are great benefits!)

Randolph Hohle is currently an Assistant Professor of Sociology at D'Youville College. His research addresses how a group's moral claims affect citizenship, social policy and subsequent political mobilization. His work has appeared in such journals as Sociological Forum, The Sociological Quarterly, The Journal of Historical Sociology, and Sociological Compass.

Black Citizenship and Authenticity in the Civil Rights Movement
$83.15 $83.99