Boston 1975. Under a harvest moon, 'Whitey' Bulger, godfather of the Irish Mob, waits for an old school buddy. It has been a long time, and a lot has changed. Little John Connolly is now a high-ranking FBI agent. He is an agent in need of an informant - someone with a good view of Boston's dark side. He is an agent willing to be corrupted. An agent about to get played.

A gripping and chilling true story of violence, double-cross and corruption, Black Mass takes us deep undercover, exposing one of the worst scandals in FBI history. 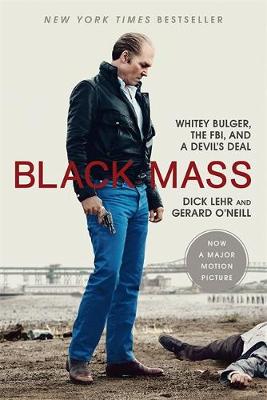 » Have you read this book? We'd like to know what you think about it - write a review about Black Mass book by Dick Lehr and you'll earn 50c in Boomerang Bucks loyalty dollars (you must be a Boomerang Books Account Holder - it's free to sign up and there are great benefits!)

Dick Lehr and Gerard O'Neill are former reporters with the Boston Globe, and co-authors of Whitey: The Life of America's Most Notorious Mob Boss. O'Neill has won the Pulitzer, Hancock and Loeb Prizes. Lehr, a Pulitzer finalist, has also won the Hancock and Loeb awards. He currently is a professor of journalism at Boston University, where he is a co-director of an investigative reporting clinic.

A Preview for this title is currently not available.
More Books By Dick Lehr
View All

Dead Reckoning: The Story of How Johnny Mitchell and His Fighter Pilots Took on Admiral Yamamoto and Avenged Pearl Harbor
$57.43 $63.81