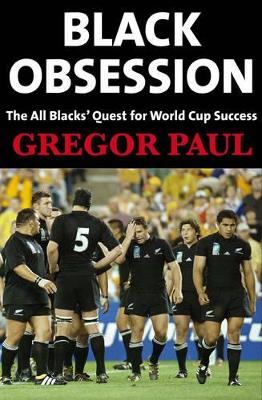 The All Blacks' Quest for World Cup Success

This thought-provoking book is a search for answers to the vexing phenomenon of why the world's undisputed greatest rugby team can't win the World Cup. It is an in-depth investigation that explores how societal change, combined with the arrival of professionalism, has impacted on the ability of the All Blacks to perform on the biggest stage.
The entire development programme for professional players comes under scrutiny to determine why the system keeps failing at critical junctures. Every aspect of the game is examined: the changed motivations of players since money was introduced; the New Zealand Rugby Union's obsession with the World Cup; the failure to produce strong leaders; the consequence of the arrival of Generation Y; the fixation with style over substance in terms of how the All Blacks play; and how the influx of Polynesian players has altered the way the nation coaches the game. All of these factors are analysed, with conclusions drawn on how each has played a role in preventing the All Blacks from winning the World Cup since 1987.
Running through the narrative are the thoughts of many of the men who played for the 1987 All Blacks. Some of the greatest names in All Black history - Sean Fitzpatrick, Alan Whetton, David Kirk, Grant Fox and Brian Lochore - give their thoughts on the key themes and compare and contrast the amateur and professional eras.
The end result is a compelling and authoritative read that gives the most detailed and comprehensive answer to a question everyone has asked but no one has ever satisfactorily answered. 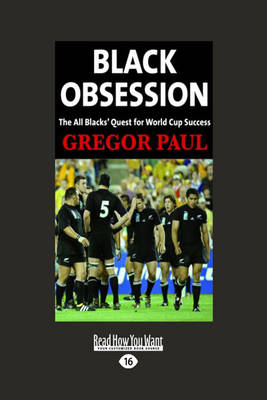 » Have you read this book? We'd like to know what you think about it - write a review about Black Obsession book by Gregor Paul and you'll earn 50c in Boomerang Bucks loyalty dollars (you must be a Boomerang Books Account Holder - it's free to sign up and there are great benefits!)

Gregor Paul has been a journalist for more than 12 years and is the author of Hard Men Fight Back and the best-selling The Reign of King Henry (both published by Exisle). Recognised as one of New Zealand's leading writers on the national game, he has been the Herald on Sunday's voice of rugby since its inception in 2004 and is also the editor of Rugby World. Born in Scotland, he lives in Auckland with his wife and three children.

A Preview for this title is currently not available.
More Books By Gregor Paul
View All