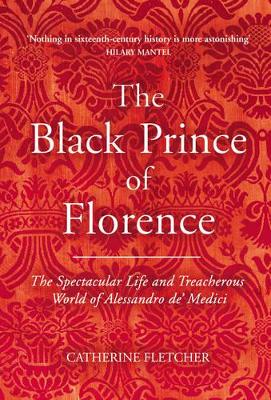 The Black Prince of Florence

The Spectacular Life and Treacherous World of Alessandro de' Medici

Description - The Black Prince of Florence by Catherine Fletcher

'Nothing in sixteenth-century history is more astonishing than the career of Alessandro de' Medici' (Hilary Mantel). In The Black Prince of Florence, a dramatic tale of assassination, spies and betrayal, the first retelling of Alessandro's life in two-hundred years opens a window onto the opulent, cut-throat world of Renaissance Italy. The year is 1531. After years of brutal war and political intrigue, the bastard son of a Medici Duke and a half-negro' maidservant rides into Florence. Within a year, he rules the city as its Prince. Backed by the Pope and his future father-in-law the Holy Roman Emperor, the nineteen-year-old Alessandro faces down bloody family rivalry and the scheming hostility of Italy's oligarchs to reassert the Medicis' faltering grip on the turbulent city-state. Six years later, as he awaits an adulterous liaison, he will be murdered by his cousin in another man's bed. From dazzling palaces and Tuscan villas to the treacherous backstreets of Florence and the corridors of papal power, the story of Alessandro's spectacular rise, magnificent reign and violent demise takes us deep beneath the surface of power in Renaissance Italy u a glamorous but deadly realm of spies, betrayal and vendetta, illicit sex and fabulous displays of wealth, where the colour of one's skin meant little but the strength of one's allegiances meant everything.

Other Editions - The Black Prince of Florence by Catherine Fletcher 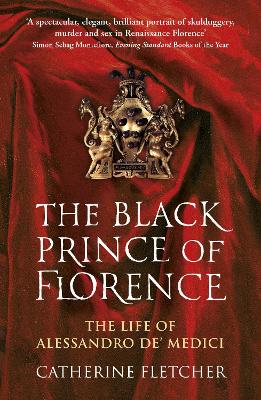 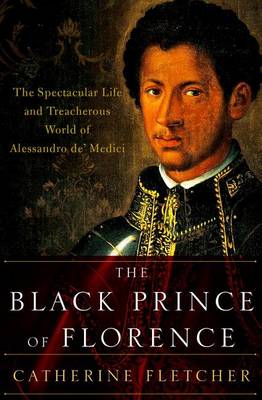 Book Reviews - The Black Prince of Florence by Catherine Fletcher

» Have you read this book? We'd like to know what you think about it - write a review about Black Prince of Florence book by Catherine Fletcher and you'll earn 50c in Boomerang Bucks loyalty dollars (you must be a Boomerang Books Account Holder - it's free to sign up and there are great benefits!)

Catherine Fletcher is a historian of Renaissance and early modern Europe. Her first book, The Divorce of Henry VIII, brought to life the world of the Papal court at the time of the Tudors. Subsequently, Catherine worked with the set team on the BBC's adaptation of Wolf Hall, advising the production on the historical detail of religious ceremony, dress and furnishings. She broadcasts frequently for BBC Radio 4 on Italian Renaissance history and is currently a BBC New Generation Thinker. Catherine now holds the position of Associate Professor in History and Heritage at Swansea University, has previously held fellowships at the British School at Rome and the European University Institute, and has taught at Royal Holloway, Durham and Sheffield universities.