Black propaganda appears over a fake signature, for example of a fictitious resistance organisation. In this book, the author examines the 'black arts' of Britain, Poland and the Nazis during the Second World War. By 1939, Josef Goebbels had won the struggle for control of the propaganda process in Nazi Germany. In contrast, it took the arrival of Sefton Delmer in 1941 for anyone in Britain to understand how to use propaganda to subvert the German war effort. Through the shadowy Political Warfare Executive, the 'black' radio stations Delmer created lured German listeners with jazz and pornography (both banned), mixed with subversive rumours. Millions of 'black' leaflets - perfect forgeries of German documents, with subtly altered texts - were produced, their aim to encourage malingering, desertion and sabotage. Black Propaganda explains how even before the outbreak of the Second World War, British and Polish intelligence had worked closely together on a number of key security issues that included the 'Enigma' machine and the German V-weapons programme. Following the occupation of their country, the Poles also became actively involved in the dissemination of black propaganda against Germany. AUTHOR: Stanley Newcourt-Nowodworski joined the Polish Home Army in 1943. Caught and deported to a German labour camp, he escaped and spent a short period with US forces in Germany and France before joining the Polish Army. He came to England in 1946 and pursued careers in the fields of computers, finance and with the BBC World Service Polish Section. Now retired he lives in London. 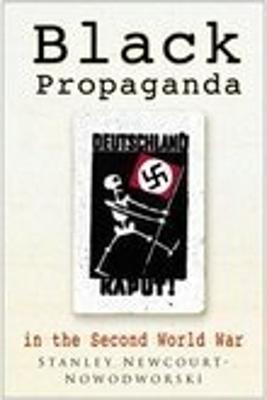 » Have you read this book? We'd like to know what you think about it - write a review about Black Propaganda in the Second World War book by Stanley Newcourt-Nowodworski and you'll earn 50c in Boomerang Bucks loyalty dollars (you must be a Boomerang Books Account Holder - it's free to sign up and there are great benefits!)