Adventures in the Post-Soviet World

'When I first lived in Ukraine, I was preoccupied with its ideas of the past and future. Once Maidan started, there was nothing but the present; every hour held the possibility of transformation, and of terrible violence...'

After leaving university in 2004, Sophie Pinkham moved to Siberia to volunteer for the Red Cross, tackling the rising AIDS crisis by folding origami tulips. Over the next decade, she travelled and worked across the post-Soviet world, from Lake Baikal to the Black Sea, at a time when the young countries of the region were struggling to define their new identities.

Black Square is a multidimensional portrait of a period of tumultuous change, and of a generation that came of age after the fall of the USSR, only to see protestors shot on Kiev's main square, Crimea annexed by Russia, and a bitter war in eastern Ukraine. We meet a charismatic doctor fighting the AIDS epidemic even as he struggles with his own drug addiction; an iconoclastic artist with a penchant for public nudity; and a Russian-Jewish clarinettist agitating for Ukrainian liberation.

With a deep knowledge of the literature and legends of the region, and a keen outsider's eye for the dark absurdities of post-Soviet society, Black Square delivers an indelible impression of a region, and a world, on the brink. 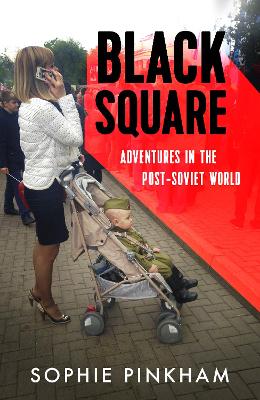 » Have you read this book? We'd like to know what you think about it - write a review about Black Square book by Sophie Pinkham and you'll earn 50c in Boomerang Bucks loyalty dollars (you must be a Boomerang Books Account Holder - it's free to sign up and there are great benefits!)

Sophie Pinkham lives in New York. Her writing on Russia and Ukraine has appeared in the New Yorker, the New York Times, n+1, the London Review of Books and Foreign Affairs, among other publications.

A Preview for this title is currently not available.
More Books By Sophie Pinkham
View All