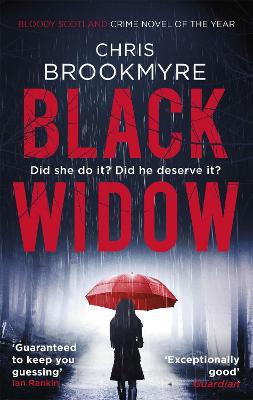 'A celtic Gone Girl... guaranteed to keep you guessing' --- IAN RANKIN*****WINNER Theakston Old Peculier Crime Novel of the Year**********WINNER Bloody Scotland McIlvanney Prize for Crime Novel of the Year*****Did she do it? Did he deserve it?Diana Jager is clever, strong and successful, a skilled surgeon and fierce campaigner via her blog about sexism. Yet it takes only hours for her life to crumble when her personal details are released on the internet as revenge for her writing.Then she meets Peter. He's kind, generous, and knows nothing about her past: the second chance she's been waiting for. Within six months, they are married. Within six more, Peter is dead in a road accident, a nightmare end to their fairytale romance.But Peter's sister Lucy doesn't believe in fairytales, and tasks maverick reporter Jack Parlabane with discovering the dark truth behind the woman the media is calling Black Widow...'Black Widow is a stand-out thriller'Renee Knight, author of Disclaimer 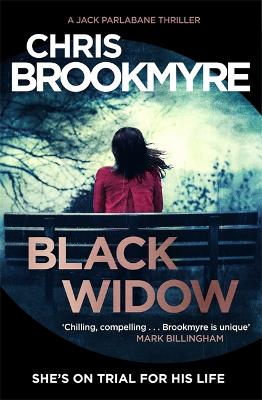 » Have you read this book? We'd like to know what you think about it - write a review about Black Widow book by Chris Brookmyre and you'll earn 50c in Boomerang Bucks loyalty dollars (you must be a Boomerang Books Account Holder - it's free to sign up and there are great benefits!)

Chris Brookmyre was a journalist before becoming a full-time novelist with the publication of his award-winning debut Quite Ugly One Morning, which established him as one of Britain's leading crime authors. His Jack Parlabane novels have sold more than one million copies in the UK alone, and Black Widow won both the McIlvanney Prize and the Theakston's Old Peculier Crime Novel of the Year award.

A Preview for this title is currently not available.
More Books By Chris Brookmyre
View All