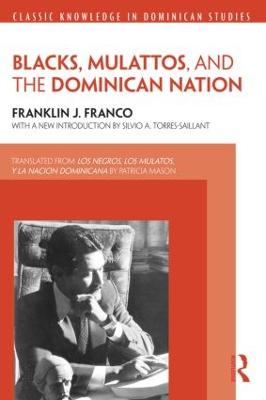 Blacks, Mulattos, and the Dominican Nation

Blacks, Mulattos, and the Dominican Nation is the first English translation of the classic text Los negros, los mulatos y la nacion dominicana by esteemed Dominican scholar Franklin J. Franco. Published in 1969, this book was the first systematic work on the role of Afro-descendants in Dominican society, the first society of the modern Americas where a Black-Mulatto population majority developed during the 16th century. Franco's work, a foundational text for Dominican ethnic studies, constituted a paradigm shift, breaking with the distortions of traditional histories that focused on the colonial elite to place Afro-descendants, slavery, and race relations at the center of Dominican history.

This translation includes a new introduction by Silvio Torres-Saillant (Syracuse University) which contextualizes Franco's work, explaining the milieu in which he was writing, and bringing the historiography of race, slavery, and the Dominican Republic up to the present. Making this pioneering work accessible to an English-speaking audience for the first time, this is a must-have for anyone interested in the lasting effects of African slavery on the Dominican population and Caribbean societies.

Other Editions - Blacks, Mulattos, and the Dominican Nation by Franklin J. Franco 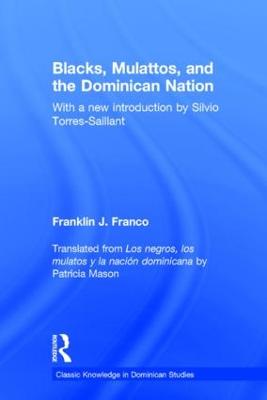 » Have you read this book? We'd like to know what you think about it - write a review about Blacks, Mulattos, and the Dominican Nation book by Franklin J. Franco and you'll earn 50c in Boomerang Bucks loyalty dollars (you must be a Boomerang Books Account Holder - it's free to sign up and there are great benefits!)


A Preview for this title is currently not available.
More Books By Franklin J. Franco
View All