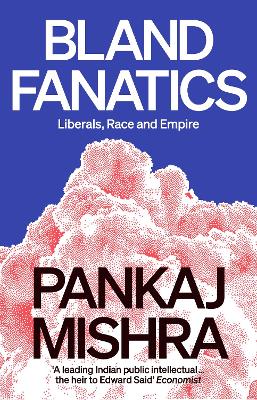 Decades of violence and chaos have generated a political and intellectual hysteria-ranging from imperial atavism to paranoia about invading or hectically breeding Muslim hordes-that has affected even the most intelligent in Anglo-America. In Bland Fanatics, Pankaj Mishra examines this hysteria and its fantasists, taking on its arguments and the atmosphere in which it has festered and become influential. In essays that grapple with colonialism, human rights, and the doubling down of liberalism against a background of faltering economies and weakening Anglo-American hegemony, Mishra confronts writers from Jordan Peterson and Niall Ferguson to Salman Rushdie and Ayaan Hirsi Ali. With a newly written introduction, these essays provide a vantage point from which to look seriously at the current crisis. » Have you read this book? We'd like to know what you think about it - write a review about Bland Fanatics: Liberals, Race and Empire book by Pankaj Mishra and you'll earn 50c in Boomerang Bucks loyalty dollars (you must be a Boomerang Books Account Holder - it's free to sign up and there are great benefits!)


A Preview for this title is currently not available.
More Books By Pankaj Mishra
View All

An Autobiography: 150th Anniversary Edition with an Introduction by Pankaj Mishra
$19.99 $24.99