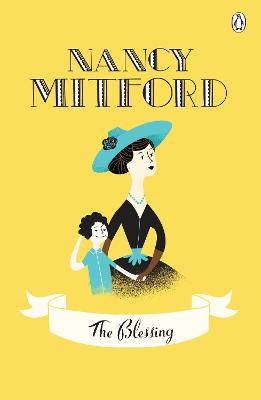 Description - The Blessing by Nancy Mitford

'We've had nothing to eat since you saw us, nothing whatsoever. Course upon course of nasty greasy stuff smelling of garlic - a month's ration of meat, yes, but quite raw you know - shame, really - I wasn't going to touch it, let alone give it to Sigi, poor little mite.' 'Nanny says the cheese was matured in manure,' Sigi chipped in, eyes like saucers. It isn't just Nanny who finds it difficult in France when Grace and her young son Sigi are finally able to join her dashing aristocratic husband Charles-Edouard after the war. For Grace is out of her depth among the fashionably dressed and immaculately coiffured French women, and shocked by their relentless gossiping and bedhopping. When she discovers her husband's tendency to lust after every pretty girl he sees, it looks like trouble. And things get even more complicated when little Sigi steps in . . . The Blessing is a hilarious tale of love, fidelity, and the English abroad, tailored as brilliantly as a New Look Dior suit.

Other Editions - The Blessing by Nancy Mitford 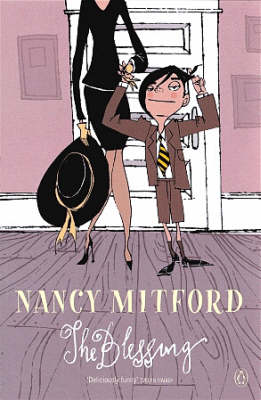 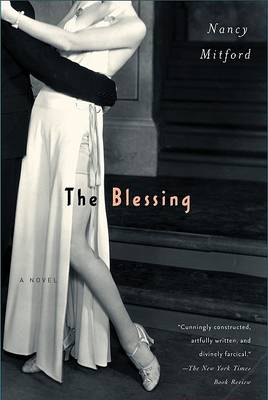 » Have you read this book? We'd like to know what you think about it - write a review about Blessing book by Nancy Mitford and you'll earn 50c in Boomerang Bucks loyalty dollars (you must be a Boomerang Books Account Holder - it's free to sign up and there are great benefits!)

Nancy Mitford (1904-1973) was born in London, the eldest child of the second Baron Redesdale. Her childhood in a large remote country house with her five sisters and one brother is recounted in the early chapters of The Pursuit of Love (1945), which according to the author, is largely autobiographical. Apart from being taught to ride and speak French, Nancy Mitford always claimed she never received a proper education. She started writing before her marriage in 1932 in order 'to relieve the boredom of the intervals between the recreations established by the social conventions of her world' and had written four novels, including Wigs on the Green (1935), before the success of The Pursuit of Love in 1945. After the war she moved to Paris where she lived for the rest of her life. She followed The Pursuit of Love with Love in a Cold Climate (1949), The Blessing (1951) and Don't Tell Alfred (1960). She also wrote four works of biography: Madame de Pompadour, first published to great acclaim in 1954, Voltaire in Love, The Sun King and Frederick the Great. As well as being a novelist and a biographer she also translated Madame de Lafayette's classic novel, La Princesse de Cleves, into English, and edited Noblesse Oblige, a collection of essays concerned with the behaviour of the English aristocracy and the idea of 'U' and 'non-U'. Nancy Mitford was awarded the CBE in 1972. Alex Kapranos is a singer and guitarist with the band, Franz Ferdinand. His first book, Sound Bites, was published by Penguin in 2006.

The Pursuit of Love: Now a major series on BBC and Prime Video directed by Emily Mortimer and starring Lily James and Andrew Scott
$16.79 $19.99