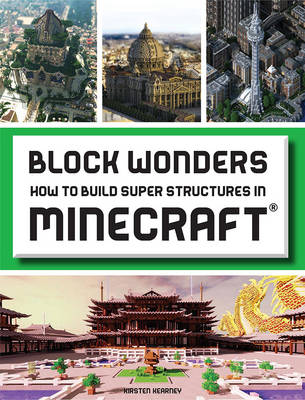 The sequel to Block City, Block Wonders showcases the most awe-inspiring buildings and structures ever created by Minecraft's huge community. While Block City explored living, breathing cityscapes, Block Wonders zooms in to give an insight into the creation of the world's most fascinating architectural masterworks in a vivd and fun way. Learn how to plan and build spectacular structures without ever having to don a hardhat!

Block Wonders explores the ultimate structures-including ancient and modern wonders of the world and those from gamers' imaginations-painstakingly put together block by block. From a historically accurate Giza Plateau to a perfect space shuttle replica, enormous projects are showcased in full color. Architectural gems such as Frank Lloyd Wright's Fallingwater and the Taj Mahal are featured along gamer favorites like giant floating dragons and cartoon-style giant pixel art works. 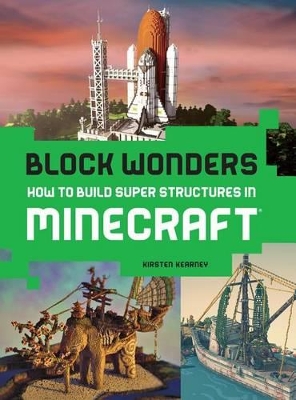 » Have you read this book? We'd like to know what you think about it - write a review about Block Wonders book by Kirsten Kearney and you'll earn 50c in Boomerang Bucks loyalty dollars (you must be a Boomerang Books Account Holder - it's free to sign up and there are great benefits!)

Kirsten Kearney has been a games journalist for a decade. She began her career as a researcher and producer in broadcasting at the BBC. She is the author of an eBook for Gameleon on freelance games journalism and was section editor for Guinness World Records: Gamer's Edition for two years. Kirsten owns and runs the website www.ready-up.net, which has been nominated for a Games Media Award four years running. Having written a variety of in-depth pieces on various game genres, series, and franchises, Kirsten has a particular interest in Minecraft. She has given radio interviews on the subject and runs a Children's Minecraft server, which was impressive enough to have had a fly-through of it screened in a cinema.

Unofficial Minecraft Life Hacks Lab for Kids: How to Stay Sharp, Have Fun, Avoid Bullies, and Be the Creative Ruler of Your Universe
Adam Clarke
$23.79 $27.99