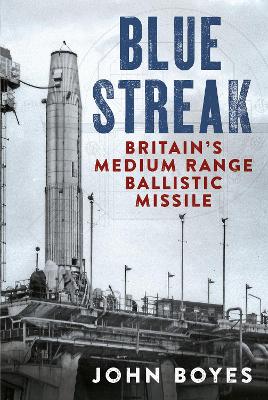 In the early 1950s the United States wished to concentrate its defence resources on the development of a 4,000 mile range intercontinental ballistic missile. As a stop-gap measure, US defence chiefs hoped to assist Britain with the development of its own intermediate range missile. Despite US concerns that British resources were limited the Air Ministry nonetheless proceeded with the missile, called Blue Streak, to fulfil the operational requirement which would give Britain an independent deterrent which should remain invulnerable until the early 1970s. `Blue Streak: Britain's Medium Range Ballistic Missile' traces the path from the political decision to issue the contracts through the early development and testing both in the UK and in Australia. The reasons for the project's cancellation are considered and Blue Streak's subsequent role as the first stage of the ELDO civilian satellite launcher is noted. A requirement of the project was the need to base the missiles in underground launchers to protect them from attack. This aspect of the project is fully covered using recently available information and specially drawn plans.

» Have you read this book? We'd like to know what you think about it - write a review about Blue Streak: Britain's Medium Range Ballistic Missile book by John Boyes and you'll earn 50c in Boomerang Bucks loyalty dollars (you must be a Boomerang Books Account Holder - it's free to sign up and there are great benefits!)


A Preview for this title is currently not available.
More Books By John Boyes
View All